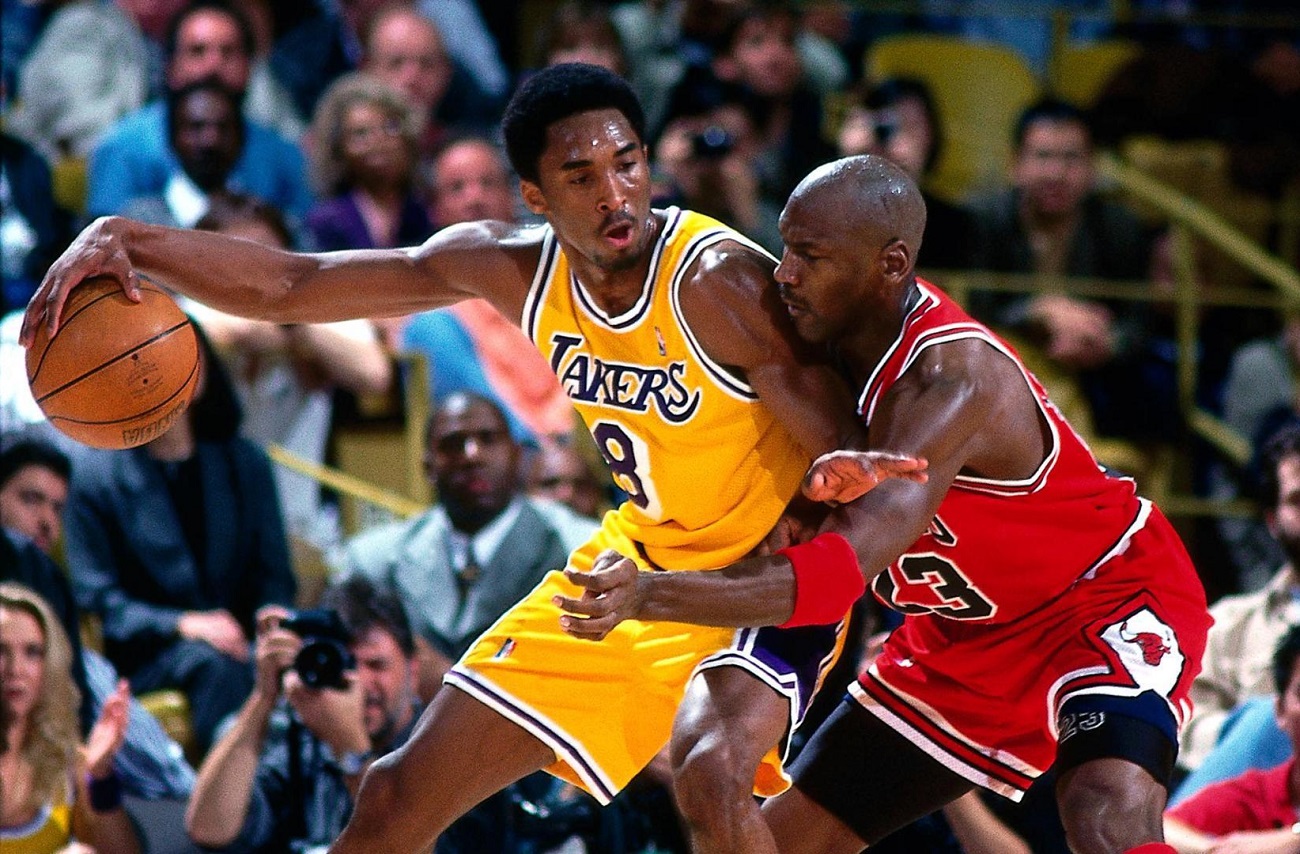 For years, Michael and Kobe Bryant had been protective of their relationship.

Jordan would call Bryant his “little brother,” Bryant would call Jordan his “big brother,” and they’d praise each other’s work ethic and accomplishments. But rarely would either volunteer much more, each man knowing all too well that any glimpse would invite the kind of comparisons and debate they loathed.

Only a few people had a sense of just how close Jordan and Bryant had become.

“If you just watched them interact in a game, Kobe always was like a magnet going toward Michael,” said former Los Angeles Lakers general manager Jerry West. “Usually Michael didn’t really interact with a lot of players when he was on the court. He’d just play. But for some reason, he had this affinity for him.”

West was close enough to both men to know that Bryant would text and call Jordan at all hours of the night. He knew they met for lunches and dinners — but not golf, because hell no, Bryant didn’t golf — when Jordan was in Los Angeles.

So when West and Jordan met for dinner at Craig’s on Melrose on Feb. 23, the night before Bryant’s public memorial, West watched Jordan carefully, making sure he was supporting his friend as he grieved.

“We talked a little bit about [Bryant],” West said. “But nothing that I think would predict what he was going to say.”

Jordan had been working on his eulogy for a couple of weeks, trying to capture who Bryant was and how their relationship had evolved from a beautiful mentorship into one of Jordan’s most cherished friendships.

Those who knew Jordan well knew he would cry as soon as he stepped to the podium.

“Michael is going to say the right things,” West said. “He does have a soul. Most people have placed him in such a higher place in life, they don’t think he has this side of him.

“But I think he was truly touched by Kobe.”

The next morning, Jordan revealed to the world just how much Bryant meant to him.

The tears were streaming down his face.

The relationship began, Jordan said, with Bryant as an annoying little brother, who “for whatever reason, always tends to get in your stuff. Your closet, your shoes, everything. It was a nuisance, if I can say that word. But that nuisance turned into love over a period of time.”

Bryant wanted “to know every little detail about the life [he was] about to embark on,” Jordan said. They’d talk basketball at first: post-up moves, footwork, the triangle offense. And Bryant was a sponge.

He’d soak up whatever Jordan would give him. Work on it. Master it. Then come back asking for more.

Jordan never stopped to dry his tears during the 10-minute speech. He made a joke about creating new fodder for another “crying Jordan” meme but didn’t try to hide his emotions.

It was raw and revealing. And by the end, it was clear he had learned just as much from Bryant as Bryant had learned from him.

Bryant and Jordan were in the NBA together from the 1996-97 season to the 2002-03 campaign. Both have achieved incredible accolades, including 11 NBA championships between the two.

When Jordan retired after the 1998 season, Bryant continued to seek Jordan out. But eventually Jordan came to him, too.

The first time was when Lakers coach Phil Jackson asked Jordan to meet with Bryant and talk to him about how to be patient playing the triangle offense.

Later, when Jordan returned for the 2001 season as a member of the Washington Wizards, he’d visit Bryant and Jackson in the Lakers’ locker room after games.

Bryant was still the little brother in the relationship, but he had grown tall enough in stature that they could have different types of conversations.

Bryant didn’t just ask Jordan questions, though. He studied him. The way he evolved his game as he aged and lost some athleticism. The way he handled himself in retirement. The goals he set. The mistakes he made.

When Jordan retired for the final time in 2003, Bryant watched carefully as Jordan moved into front-office and ownership roles.

As Bryant approached the end of his playing career, he started asking different questions.

Was there anything he could do after basketball that would fill him with as much passion and purpose as the game had?

Bryant started working on something completely different the last few years of his career. He’d call authors such as J.K. Rowling and directors such as Darren Aronofsky. He asked to visit the set of “Modern Family” and sit in on writers rooms.

He kept journals of movie and television projects he’d like to work out. He fleshed out characters and story arcs for children’s books. He was bursting at the seams with ideas and concepts he’d put into production as soon as basketball was over.

When he learned that Jordan had the rights to footage shot of his final season, Bryant commissioned a camera crew to film his final seasons. Bryant even inquired about producing the documentary on Jordan’s final season.

But this was Jordan’s story to tell. And he dedicated Episode 5 of “The Last Dance” to Bryant, who died along with eight others in a helicopter crash on Jan. 26.

“​I admired him,” Jordan said in his eulogy. “Because of his passion. You rarely see someone who’s looking and trying to improve each and every day, not just in sports, but as a parent, as a husband.

Jordan drew inward and took a breath, realizing he had learned just as much as he had taught.

“I have a daughter who is 30. I just became a grandparent. And I have two twins, I have twins who are 6,” he said.

“I can’t wait to get home to become a girl dad and to hug them and to see the love and the smiles that they bring to us as parents. He taught me that just by looking at this tonight, looking at how he responded and reacted with the people that he actually loved. These are the things that we will continue to learn from Kobe Bryant.”