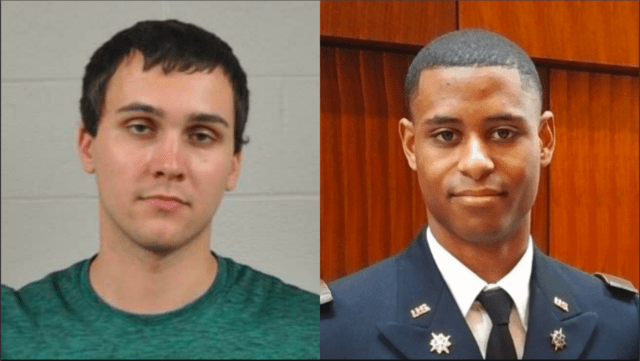 A grand jury indicted an alt-right student who was charged with a hate crime for stabbing a Black US Army lieutenant.

Sean Christopher Urbanski, 22, a former student at the University of Maryland, was accused of killing Richard Collins III before dawn on May 20 at a bus stop. Collins, who attended Bowie State University nearby, was “was killed because of his race,” according to Angela D. Alsobrooks, state’s attorney for Prince George’s County.

Police said at the time of Urbanski’s arrest that he was part of a group on Facebook called “Alt-Reich,” which was filled with hateful posts targeting minorities and African-Americans in particular.

“There was lots of digital evidence that we could look at to get a sense for the motive in this case,” Alsobrooks said, adding, “It came from his phone, computer ….There was some activity on Facebook.”

Police also said that Urbanski had yelled odd commands at Collins before stabbing him, saying, “Step left, step left if you know what’s best for you.”

Collins “looked at him puzzled with the other friends and said, ‘No,’” said University of Maryland police Chief David Mitchell, adding that Urbanski stabbed Collins after his refusal.

Urbanski has already been indicted by a  separate grand jury, which in July hit him with a a common-law murder charge. Tuesday’s indictment saw the hate crime motivation attached to Urbanski’s actions.