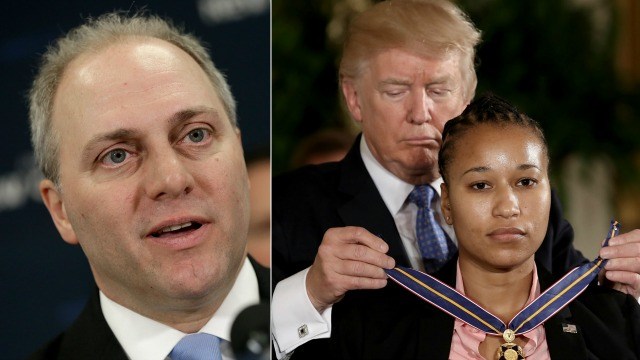 However, as FRC’s President Tony Perkins wrote in a memo about Scalise’s appearance at the summit, Scalise’s participation was in question after a June shooting at a congressional baseball field left Scalise injured from being shot in the hip.

“There were times when we wondered if House Majority Whip Steve Scalise (R-La.) would ever speak at VVS again,” the memo read. “But next week, the miraculous recovery of my good friend will literally take center stage, as Steve makes a return trip to the biggest gathering of pro-family conservatives in the country after a shooting that rocked the country. For so many Americans, seeing him back at work, defending our values, has been an answer to prayer ― and we look forward to celebrating his incredible journey back to health.”

The true irony of Scalise’s appearance at the summit, however, is that Scalise’s recovery is owed in large part to Officer Crystal Griner, an openly gay member of the Capitol Police Department, who along with Officer David Bailey was hailed as a hero for her actions during the shooting. Griner was shot in the ankle that day.