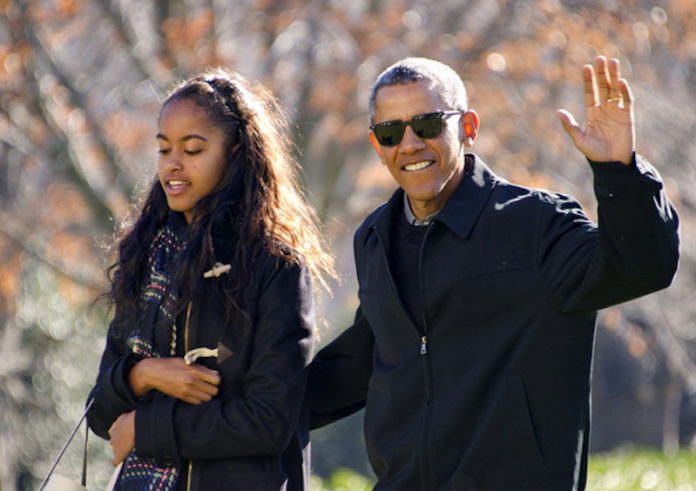 A conservative site published a fake news story that claimed former first daughter Malia Obama was among a group of 10 people arrested for assaulting an elderly White woman, Newsweek reported.

The Last Line of Defense posted the fabricated piece on Nov. 4. It alleged that Malia, who is currently attending Harvard University, is part of “Antifa,” shorthand for the anti-fascist movement that emerged after Charlottesville. According to the piece, Malia and others beat up a 97-year-old woman supposedly named Mabel Gouldman after she left church. Another conservative fake news site embellished the story and passed it along.

For those who don’t peruse conservative news sites, there’s plenty of fake news floating around about the Obama family—some of it racist but most of it simply ridiculous. Here are a few examples:

A fake news story said that one of the suspects involved in the Barcelona attack in August was President Barack Obama’s first cousin. It was claimed that Driss Oukabir was a son of the former president’s uncle.

In February, FocusNews.info claimed that former First Lady Michelle Obama spent billions of taxpayer dollars while she was in the White House—running up a tab of $11 billion for luxuries like four yachts and an airplane. The story goes further, claiming that President Donald Trump ordered the Obamas to pay the bill.

3. President Obama had a pregnant mistress

This fake news story made its way around the world—believed to have been started by a British tabloid and embellished by conservative sites in the United States. It claimed that Michelle Obama was filing for a divorce because she discovered that President Obama had a pregnant girlfriend.