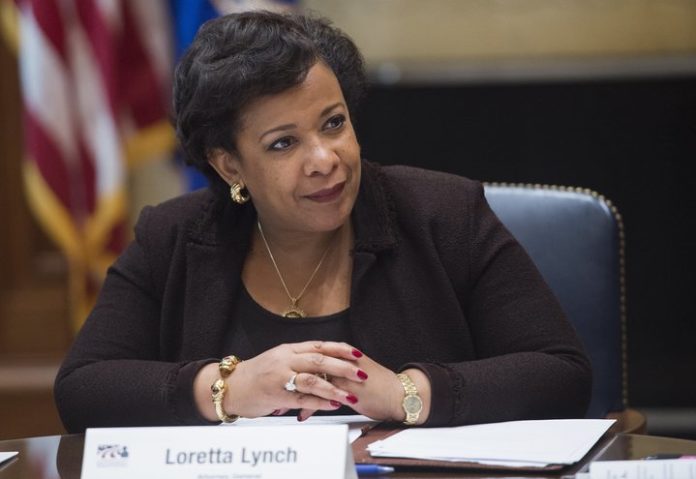 Lynch, who in 2015 became the first black woman to serve as the Department of Justice head, was honored on Thursday at New York City Mayor Bill de Blasio’s Black History Month celebration at the Museum of Natural History.

The North Carolina native told HuffPost that it’s impossible to look at groups like Black Lives Matter or campaigns like #MeToo ― originally created by Tarana Burke ― without acknowledging their forebears.

“They are important because of their singular contribution to black history … but they’re also important because they reflect the continuity of the African-American experience,” Lynch said. “If you look back at the civil rights movement, the images that galvanized the country and the world were the images of police dogs and firehouses on youth.”

She said it was strategic that the folks putting in the groundwork during the civil rights movement were young.

“In many ways, [it was] because their parents were not able to risk losing employment,” she said. “But also because the image of young people is an image of hope, it’s an image of the future. So I think that that particular structure has been something that has meant a lot to the African-American community.”

Lynch said that other groups today who aren’t aren’t primarily black have adopted the model of young people resisting. She stressed that she’s proud of the teens who have been “lending and raising their voices so eloquently” in the fight for gun reform in the aftermath of the Parkland, Florida, school shooting.

She said that spirit is what fueled her in the Obama administration to seek and pursue justice for those who desperately deserve but rarely see it.

“I think that everyone has an obligation to frankly, in my view, look beyond just what you do for yourself and see what you can do for your community,” said Lynch. “I’ve been very fortunate in my career, been able to do a lot of things that are important to me, cause I view the role of a prosecutor as the role of a protector in the community.”

“It isn’t always seen that way, so it’s very important for me to try and make that the image that I portrayed,” she continued. “So that other young people who might be looking into law, particularly young African-American men and women would see that they too can actually shape the laws and shape the policies that impact our community and the country so deeply.”

During her time as attorney general, Lynch was an advocate of fighting for justice for communities of color. In 2015, she launched an investigation into the Chicago Police Department following the death of Laquan McDonald, and also called for the collection of data use of force by police nationwide.

Lynch, who is living black history, expressed that even if the current administration doesn’t recognize the works and efforts of black people in February, it’s important for African-Americans to uphold their glory themselves.

“We really don’t need outside validation,” she said. “When you look at the things that African-Americans have achieved ― the city that we’re standing in that we built, the country that we helped to grow, the advances in science and technology that we made possible ― our story is there and so I think it’s incumbent upon us to make sure that it’s always told.”