Former White House adviser and Breitbart News chairman Steve Bannon doesn’t exactly have the best relationship with the African-American community. Bannon himself was the ultra-nationalist architect of Donald Trump’s presidential campaign, and Breitbart has long pushed alarmist stories about African-Americans, going so far as to tag many of its articles “BLACK CRIME.”

However, Bannon received a warm reception Tuesday during remarks at a luncheon hosted by Black Americans for a Better Future, a Republican political action committee that consists of African-American businesspeople (but with financial backers who aren’t “black” so much as “overwhelmingly white”).

Lamenting the “destruction of the black and Hispanic working class,” Bannon said Tuesday that those groups are being victimized by a “globalist” economic agenda.

Yet Bannon spent a good portion of his remarks pitting immigrants and various minority groups against one another, blaming some for the economic woes of others.

“Illegal immigration and trade deals are two sides of the same coin,” Bannon said at one point. “It suppresses the wages of workers.”

He also decried the changing demographics of Virginia Tech, his alma mater.

“Black and Hispanic kids can’t get in there,” Bannon said, to nods and words of sympathy from the crowd. “Asian kids… are paying full freight.”

“Our kids are no dumber,” he added. “They’re just as smart.”

When one attendee asked Bannon about the dearth of African-Americans in senior positions in the Trump administration, Bannon called the situation “inexcusable” before pivoting to a discussion of trade imbalances with China.

Bannon’s remarks come on the heels of Trump’s vocal endorsement of Roy Moore, the Alabama Republican and Senate candidate whom at least nine women have accused of sexual misconduct. Several of the accusers have said Moore pursued them when they were teenagers and he was in his 30s.

Bannon, who is slated to stump for Moore on Tuesday evening, has remained an outspoken proponent of Trump’s nationalist agenda and rhetoric, criticizing Republicans who waver in their support of it and bolstering candidates who back it.

The crowd at Black Americans for a Better Future was not in the least put off by Moore’s alleged misdeeds, erupting in applause when Bannon brought up his campaign.

“This country needs somebody to fight for them. I fought for Trump and I’ve fought for Judge Moore,” he said.

“We backed off the Republican establishment,” Bannon said to further applause. “Whether it’s Jones or Moore, at least we’ve got it sorted that Republicans are backing a Republican candidate.”

Bannon left the White House in August. He was reportedly fired following Trump’s appointment of Homeland Security Secretary John Kelly as his chief of staff. Kelly was widely reported to have opposed Bannon’s influence in the West Wing.

However, little opposition to Bannon’s alt-right worldview was in evidence in the basement of the Willard Hotel, where Black Americans for a Better Future held its gathering. Despite the organization’s economic focus, many of the event’s attendees and organizers voiced a distaste for pluralism and feminism that brought to mind the alt-right.

“I want to say something that might be controversial, especially in this age of sexual harassment,” said Kenneth McClenton, a conservative activist, during remarks before Bannon’s speech. “Merry Christmas.”

Harry Alford, co-founder, president and CEO of the National Black Chamber of Commerce, said he was unconvinced by the numerous accusations against Moore.

“A lot of women have come forward and accused me of doing things!” Alford said, chuckling. “Half of them are true!”

Alford added that such accusations occurred before he met his wife, Kay, the co-founder of the National Black Chamber of Commerce, who was seated beside him. Kay Alford declined to speak with HuffPost.

Raynard Jackson, the head of Black Americans for a Better Future, told HuffPost that he, too, was unconvinced by the allegations against Moore and Trump, whom several women have likewise accused of sexual assault and harassment.

Instead, Jackson criticized the Democratic Party for its economic agenda. “You cannot keep giving black folks the drug of liberalism and dependency,” he said.

Jackson also criticized black Democratic officials for not doing enough to address problems in their communities, like police brutality and lack of economic opportunities.

Added Alford, “If there’s something wrong, someone black let it happen or did it.” 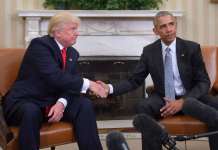 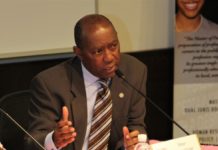 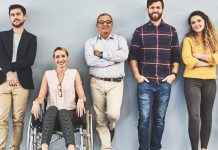 Discrimination survey shows who Americans are biased against the most