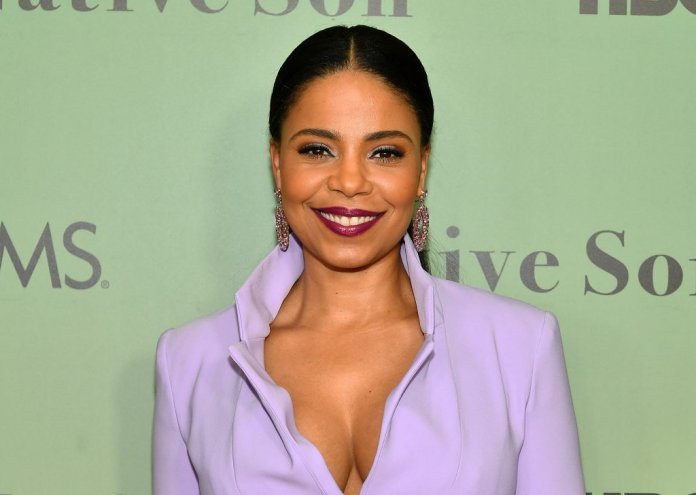 Sanaa Lathan is opening up about her miserable experience working on Love & Basketball considered one of the best sports rom-coms ever.

Co-starring Omar Epps and directed by Gina Prince-Bythewood, the story centers on a young Black couple navigating the challenging worlds of romance and athletics.

In a new interview with CBS Local’s DJ Sixsmith, Lathan dishes on what it was really like for her working on the project as a young actress who had to prove herself worthy of the starring role.

“I was miserable. I can laugh about it now,” said Lathan. “I got the job and I think Gina [Prince-Bythewood] finally got to the point where she had to hire somebody. It’s almost like she hired me because she couldn’t find somebody else.

The other challenge was the actress had never played basketball prior to the film.

“I had to go through so much to get the part and in all the basketball scenes, [they] surrounded me with real ballplayers,” said Lathan. “There was a lot of crying behind the scenes for me.”

Producers of the film also wanted a real basketball player to play the female lead.

“The hardest challenge was getting the job, which I think weirdly prepared me for Monica,” said Lathan. “I had a dance background, but I had never picked up a basketball. Gina and the producers really wanted a basketball player that could act as opposed to an actress they could teach to play basketball. I was very lucky… I did a staged reading of the script when she was still working on the script.

She couldn’t get my stage reading out of her head. She wasn’t auditioning a lot of actresses. I would always get to the last step and then they would throw in another basketball player. They were giving the basketball player acting coaches. They would always do a basketball audition for me, which was just the worst. Finally I demanded that if you want me to continue, you’ll have to get me a basketball coach. They gave me an assistant coach for the LA Sparks and she had me training five hours a day before I got the job.”