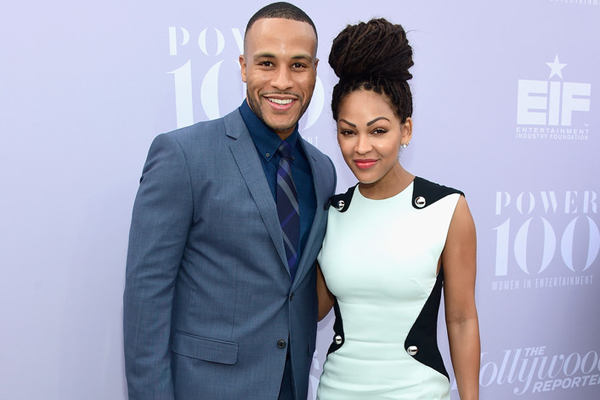 DeVon Franklin got candid about men’s sexual behavior in his new book “The Truth About Men.”

The successful author and movie producer made an appearance on “On Air With Ryan Seacrest” on Wednesday and dropped knowledge about the “lust” men have a hard time controlling and how it’s affecting their careers. Franklin alluded to the countless men who’ve been accused of sexual misconduct.

During the producer’s interview with Ryan Seacrest, he compared lust to the “untrained dog in men.” He added, “As men, in order to get control and have success, we have to master our lust because when we see so many challenges that are happening in the world.”

He continued, “I believe it’s because men have given themselves over to lust. Lust for women, lust for money, lust for power, lust for sex, and when we learn to master those things with love for self, love for our community, love for women in our lives, love for family — when we put love in charge, we win.”

Franklin explained that he’s not calling men dogs, but said they can “act” like one. He admitted of being guilty of lusty actions too even in his marriage with wife Meagan Good.

“Many women don’t realize sometimes you’re not dealing with the master in a man, you’re dealing with the dog in a man,” he added. “When I got married and all of a sudden I had these lustful thoughts I’m like ‘Wait a minute, I’m committed, what’s going on here?’ So I wanted to write this book about the truth, that we all deal with it, but we don’t have to give ourselves over to it.”

The California author said he’s been able to choose love over his lust which has played a major factor in his marriage.

“There’s a chapter in the book that I call ‘The One You Feed’ so if you feed the dog, or you feed the master, whoever you feed is going to grow, and in our dating life most of the time men are taught to feed the dog. ‘Eat whatever you want.’ So the dog is selfish,” he shared. “It only wants what it wants when it wants it. The master love is selfless — it’s all about the greater good,” Franklin told Seacrest.