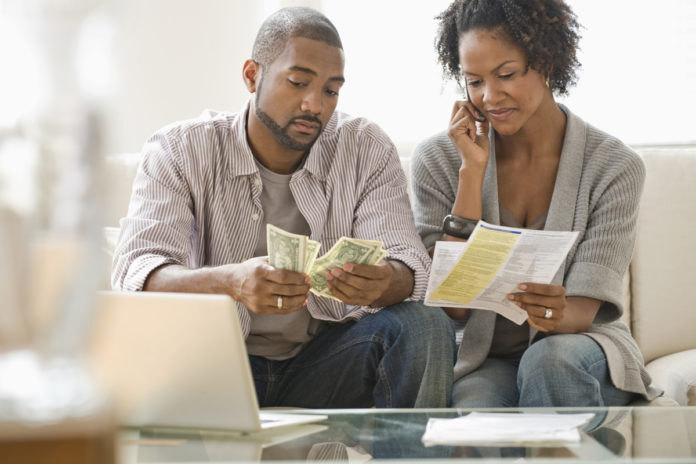 For most married couples, and pretty much anyone in a serious relationship, money issues are a huge part of what makes things work or fall apart. More often than not, the topic of finances is one that most dislike touching.

According to CNBC.com, SunTrust bank conducted a survey of people in relationships and the findings concluded that 35 percent of the participants who experienced stress in their relationship said that money was the culprit.

After my husband and I got engaged, we discussed our debt, credit score and our financial goals. I thought we did such a great job of covering all of the bases until we attended premarital counseling. During one particular session solely dedicated to finances, the psychologist brought up topics ranging from the number of bank accounts we will have to our spending limit. We hadn’t thought that far.

Delving deeper into money issues during that time clarified a few things for us. Still, even those conversations couldn’t prepare us for how to handle our finances together or even how to effectively discuss them after we tied the knot.

Within the first six months after jumping the broom, I noticed that our financial discussions were straight-up meetings. We never officially planned them, but it felt like an intense weekly conference call between a president and CFO. Although very necessary, I hated them.

We never argued, but the tension was there. We would normally clear up any misconceptions we had, including what expenses our joint account should cover and going over each line item to keep us on a budget.

Thankfully, we left each conversation knowing that we made headway with our financial goals. It isn’t easy, but discussing money consistently has helped us in a few ways. It can help you too.

I have champagne taste, so I don’t see it as a problem to splurge on items that I feel will last for a long time (mainly things for our kids, good jeans and bags for myself). On the other hand, my husband would rather spend money on the best professional contractor to deal with a household issue (I would rather find a handyman from around the corner). We speak slightly different financial languages. When I realized this, I knew that it was time to talk. The main goal was to ultimately get on the same page, or just compromise when it came to what we should spend big money on.

Keeps you in the know

Before moving in with my husband, I had my own house along with my own bills to pay. Therefore, I knew the price of things down to the penny. Upon moving into his home, I found myself back at square one. Contributing financially but not knowing the price point made me feel left in the dark. So, a friend suggested that I actually pay the bills for one month so that I can learn the frequency in payments, how many there are, along with the actual costs. It was a great exercise and a great way to get financially educated about what was going on, what was being paid for, and how much we were forking over in our home.

Encourages you to create more than one budget

Instead of just trying to make vacations work when we could, we decided to set up a separate budget just for traveling (that includes going to visit family out of state). We budget vacations for the year and factor in items like dog boarding, airfare, car rental and even hotel vs. Airbnb costs. This has helped us decided which trips we will actually take for the year as well as lessen the financial stress for unexpected but mandatory ones.

As difficult as it may seem, get in the habit of talking about finances with your partner on a regular basis. It is work, but it will decrease the amount of conflict that could arise in the future. 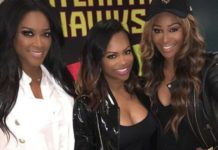 Kenya Moore opens up about wedding and her new husband