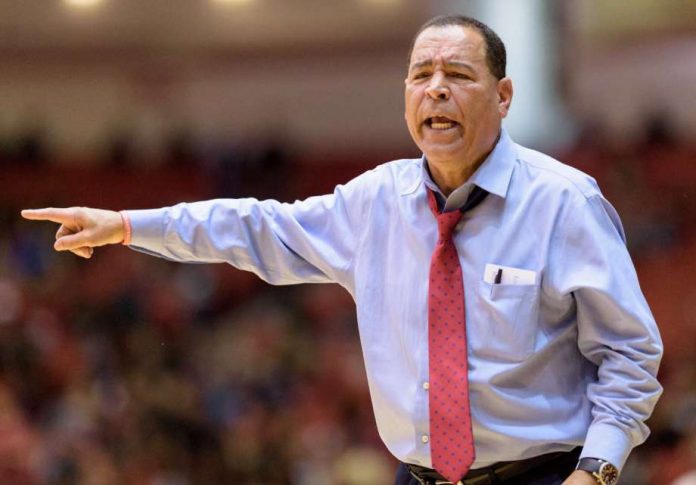 Perhaps all it took was a brand new homecourt to play on. Maybe it was a heartbreaking, last-second loss to Michigan in the NCAA tournament, the same Wolverine team that wound up advancing to the Finals last spring. Perhaps it was being selected as a Jordan brand team by Nike. Whatever the reason, the University of Houston basketball program has returned to national prominence.

The Cougars are off to a 16-1 record, 3-1 in American Athletic Conference action. UH is currentlyranked No. 15 in the latest USA TodayCoaches poll and No. 17 in the most recent Associated Press poll.

The team features seniors at its core – players who have experienced the improvement in the UH program and leaders who exemplify what head coach Kelvin Sampson wants to see on the floor.

“They are what I want senior leaders to be,” Sampson said. “They couldn’t care less about statistics or any of that stuff that will grab teams by the throat. We don’t have any knuckleheads. We don’t deal with – knock on wood – discipline issues. These kids are on time, they stay late, always in the coaches’ office watching film. I told them, ‘I want you to be addicted to getting better.’”

The Cougars were close in 2018, losing to a Michigan team that lost in the Finals to Villanova for the championship. Longtime UH assistant coach and Houston native (Wheatley High School) Alvin Brooks said this year’s success has not been a surprise to him.

“I thought we would have a chance to have a better team,” Brooks said. “Kelvin Sampson has done a great job of assembling a roster and building it so that you stay mature and get better every year. That’s been his staple over the course of his career, especially with the players we had coming back.”

This season’s Cougar squad is an ideal mix of experience and youth that has perfectly blended together.

“Galen Robinson, Corey Davis and Breaon Brady are our three starters,” Brooks said. “Brison Gresham [sophomore] and Dejon Jarreau [sophomore] are newcomers along with freshman Nate Hinton. We also have Fabian White [sophomore] from Atascocita, who was conference Newcomer of the Year last year and Armoni Brooks [junior] who was conference Sixth Man of the Year last year. We also added Chris Harris [junior], originally out of Madison, so we have a good group.”

Davis returns as the Cougars’ leading scorer after averaging 13.1 points per game and earning the American All-Tournament Team honors a year ago. The Lafayette, La., native became the fifth player in school history to sink 100-plus three-pointers in a single season and buried at least one trey in 29 straight games, the second longest streak in school history.

Brooks also noted the impact playing in the newly reopened Fertitta Center has had on the program.

“It’s really changed the perception that people in the city and folks abroad have of the program,” Brooks said. “We have the new Guy V. Lewis Development Center, which we’ve been in for two years, which is attached to the Fertitta Center.

“[Sampson] did a great job adding some touches to the facility and the arena that NBA facilities have. The message boards, the light shows before the game, the improved locker rooms are all major league.

“Now it’s second to none and you can recruit just about anybody,” Brooks continued. “Kids can come visit and they are thoroughly impressed when they witness the first-class facilities of the program. You haven’t always been able to say that. The university and the administration made a great commitment to Kelvin Sampson when he came in and he’s done a great job getting what he needed to move the program forward.”