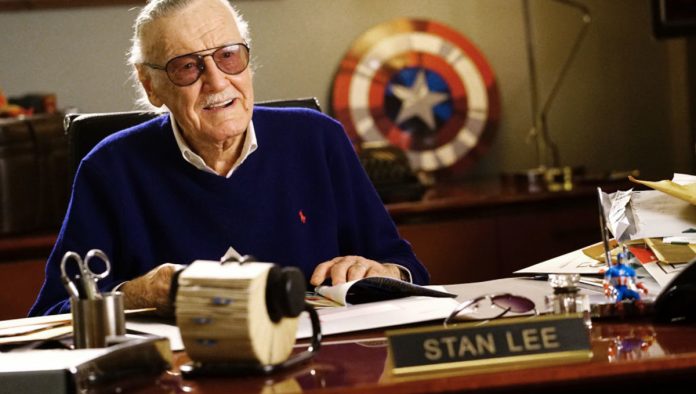 Authorities rushed to Lee’s Hollywood Hills home on Monday morning to transport him to Cedars-Sinai Medical Center, where he later died.

The exact cause of death is unclear–Lee suffered from numerous illnesses over the course of the last few years including pneumonia, vision issues and recovery from a pacemaker implant.

Born Stanley Martin Lieber in New York City in 1922, Lee went on to create Timely Publications, also frequently known as Atlas Comics in 1939. The company re-branded in 1961 under the name Marvel Comics alongside co-founder Jack Kirby under publisher Martin Goodman.

Marvel created numerous fictional worlds where beings held superpowers that could harm or help mankind. Many of Marvel’s characters served as microcosm’s in reference to the current political climate of the 1960’s. Marvel released their first group of superheroes, The Fantastic Four, which appealed to an older audience.

The company boasts some of the most popular comic characters to date including  Spider-Man, Iron Man, Captain America, Black Panther, the Avengers, and the X-Men. These characters were revolutionary in how they portrayed humanistic characteristics and were deeply flawed, unlike their earlier comic book characters.

Under the direction of Lee, Marvel comic was also able to transform the optics of comic books, by introducing fully factionalized Black characters into the lineup.

“Racism and bigotry are among the deadliest social ills plaguing the world today,” Lee wrote. “But, unlike a team of costumed super villains, they can’t be halted with a punch in the snoot or a zap from a ray gun. The only way to destroy them, is to expose them — to reveal from the insidious evil they really are.”

“Sooner or later, we must learn to judge each other on our own merits. Sooner or later, if a man is to ever be worthy of his destiny, we must fill out hearts with tolerance,” he continued. “For then, and only then, will we be truly worthy of the concept that man was created in the image of God — a God who calls us ALL — his children.”

He re-shared the message in 2017 when a demonstrator was killed and several others were injured after counter protesting a white supremacist rally.

Because of Marvel millions of Black girls around the world were written into the stories of the superheroes they idolized.

Storm is one of the first Black female characters of African descent to appear in the franchise in 1975. Under the creation of Len Wein and Dave Cockrum. Storm’s character was born as Ororo Munroe, to a Kenyan tribal princess and an American photojournalist. She has superhuman abilities to control the atmosphere and the weather. Storm is one of the most prominent comic book characters as a member of the popular X-Men.

Created in 1975 by writer Tony Isabella with artist Arvell Jones, Knight was a former NYPD detective who lost her right arm in a bomb explosion. She was given a bionic replacement by Iron Man, Tony Starks. Her character was based on the strong black female leads of the 1970’s Blaxploitation films.

Okoye first appeared in 1998 as a character in Black Panther. Her character was created by writers Christopher Priest and Mark Texeira. She is a member of the Dora Milaje, a group of powerful African women warriors whose main job is to protect the leader of Wakanda.

Nakia’s character also first appeared in 1998. She is also a loyal member of the Dora Milaje, but is later exiled after making numerous death attempts on Wakanda’s king, T’Challa.

Nightshade or Tilda Johnson first appeared in the Marvel franchise as a character in Captain America in 1973. Like Misty Knight, the character was largely influenced by the Blaxploitation movement. Her character is a highly skilled scientist who uses her knowledge of biochemistry, robotics or physics. She secretly secretes a chemical pheromone that causes werewolves to respond to her demands. For this she is also sometimes known as “Queen of the Werewolves.”