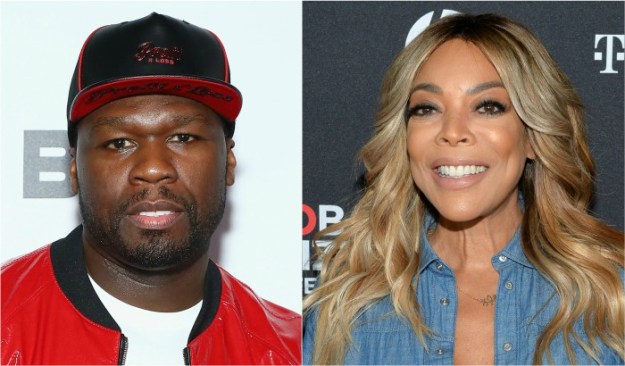 Earlier this week, Williams made headlines after she fainted on live television. The talk show host was wearing her Halloween costume, a Statue of Liberty getup, and when the show returned from a long commercial break, she assured viewers that she was alright and that she had simply overheated in the costume.

But 50 Cent wasn’t going to let the jaw-dropping incident go, and was sure to make several posts on social media ridiculing Williams, writing at one point, “What is this it just looks like bad acting to me. LOL she said she over heated in her costume.”

This isn’t the first time 50 Cent has come after Williams. The hip-hop mogul dragged her last month for her physical appearance, as well as for the rumors that her husband is cheating on her after she spent some time discussing the party he threw to celebrate not having to pay child support for his son anymore.

“I don’t care that you didn’t grow up with a father … And that your mom whatever happened when you were 8 and you were shot 9 times. You’re 42. You’ve got a 21 year old son. Get your life,” Williams told her audience at the time.

After Williams told him to get his life together, the rapper shot back by comparing her to the Beast from Beauty and the Beast.