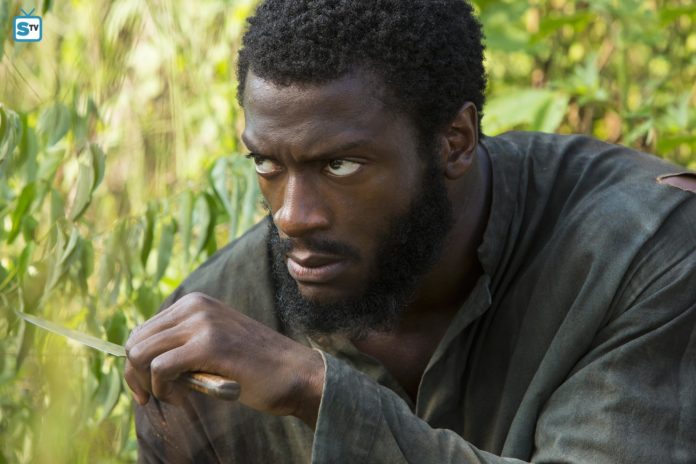 Aldis Hodge has been around a long time, breaking into the entertainment business as a model when he was just three years old. Though he’s played in numerous movies, Hodge is perhaps best known for his roles as Alec Hardison on the TNT series “Leverage,” MC Ren in “Straight Outta Compton,” Levi Jackson in the Oscar-winner “Hidden Figures” and about his role as Noah on the television series “Underground.”

Born in Jacksonville, North Carolina, but raised in New York and New Jersey, Aldis is an avid scriptwriter, designer and painter in addition to acting. Here, he talks about his latest projects.

Kam Williams: Congratulations on the second season of Underground. What first interested you in doing the series?

AH: I enjoyed the way the story was written. I was intrigued by the narrative showing people rising up and fighting for their freedom.

KW: This season is amazing. What else is in store?

AH: I’ll put it like this, brother. Everybody thought it couldn’t get crazier or more dangerous, but it does. Last year, everyone was focused on this idea of freedom and just getting off the plantation without contemplating the harsh reality of what that really meant. At the end of the season, we were pretty much split up. Now, you get a pretty introspective view of each character. We’re all dealing with the consequences of what transpired last season in our own way. My character, Noah, was learning what it meant to try to be a leader. This season, he’s learning more about who he is as a man. Right now, the strength of his love for Rosalee [played by Jurnee Smollett-Bell] is more important to him than freedom, whereas last year was purely about survival.

AH: She’s awesome! That’s my road dog right there. Our characters go through so much together this season that we have to depend on each other emotionally as actors. We didn’t share a lot of scenes together because our story focuses on Noah and Rosalee’s trying to get back to each other. We see that their love transcends their situation. There’s still a very powerful connection between them, and we had to develop that. So, we had to take a different approach, and Jurnee was there 100 percent of the way. She is an absolute beast!

KW: What’s it been like working a real-life icon, Harriet Tubman, into the story?

AH: It’s great that we get to honor Tubman’s legacy through a real-life representation, although we’d already paid tribute to her last season. It’s not really a different approach. The only thing that’s changed is that we have a fantastic actress in Aisha Hinds materializing Tubman. Aisha does a fantastic job of enabling us to explore who Harriet Tubman was.

KW: Why do you think “Hidden Figures” has made the most money of all the movies nominated for the Best Picture Oscar?

AH: It’s absolutely because of the message. Granted, a big part is that people will go to the theater and enjoy it. But I think the primary reason it’s been so effective is that it represents the antidote to some of the cultural issues we’re still dealing with as a nation. It illustrates what can be accomplished when you look beyond the prejudices and stereotypes and allow equality to win out overall. These women accomplished what they did in spite of segregated bathrooms, and not having equal pay or the right to vote. That made it an inspiring film for both little girls and boys. 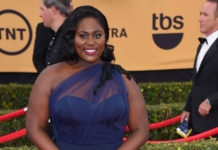