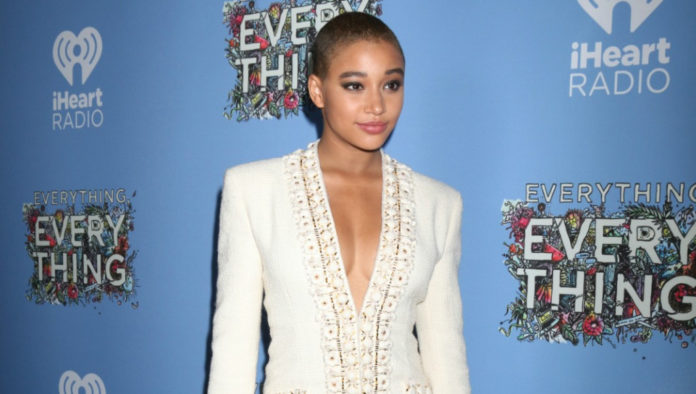 While taking part in a conversation as part of the TIFF Next Wave Festival in late February, 19-year-old actress Amandla Stenberg revealed that she was pretty close to having a role in the Blockbuster Marvel hit Black Panther, but backed out of the opportunity because she didn’t feel right about being part of it.

With the whole conversation of colorism continuously happening, and the belief that a vast majority of roles for Black women go to those of a certain look (a lighter complexion) these days, Stenberg, the daughter of a Black mother and a white father, said it’s something she has thought about deeply. And while she couldn’t avoid some criticism for taking the role of Starr in the adaptation of Angie Thomas’s novel, The Hate U Give, for Black Panther, Stenberg believed her look didn’t fit and made the mature decision to step away from the project.

“One of the most challenging things for me to do was to walk away from Black Panther,” she said during her interview with the CBC’s Amanda Parris. “I got really, really close and they were like, ‘do you want to continue fighting for this?’ And I was like, this isn’t right.”

By “this isn’t right,” Stenberg meant that playing a biracial African (though there are many in real life) among a group of actors playing the same type of characters but of a darker complexion made her feel as though she would be out of place. While she didn’t share what role she was originally going after, the actress thought the opportunity was more fitting for someone else.

“These are all dark skin actors playing Africans and I feel like it would have just been off to see m [sic] as a bi-racial American with a Nigerian accent just pretending that I’m the same color as everyone else in the movie,” she said.

What made that decision different from the Hate U Give situation is Stenberg thinking deeply and critically about what she can bring to a role  — and what she can’t.

“That was really challenging, to make that decision, but I have no regrets,” she said. “I recognize 100 per cent that there are spaces that I should not take up and when I do take up a space it’s because I’ve thought really, really critically about it and I’ve consulted people I really trust and it feels right.”