Details are being released about the funeral and various tributes to beloved Queen of Soul Aretha Franklin, who died Thursday at age 76 of advanced pancreatic cancer.

Franklin’s funeral is slated for 10 a.m., Friday, Aug. 31, at Greater Grace Temple in Detroit, the same church where Franklin sang at the 2005 service for the late Rosa Parks, the mother of the Civil Rights Movement. This service will be closed to the public and will be open to only close family and friends, according to Click On Detroit.

Greater Grace Temple seats about 4,000 people and has hosted the funerals of many luminaries. Outside of Parks, the Four Tops’ Levi Stubbs was memorialized there, according to the Detroit Free Press.

On Aug. 28 and Aug. 29, Franklin’s body will lie in state at the Charles Wright Museum for African American History, one of the country’s premiere institutions celebrating Black culture. The viewing will be open to the public, according to Click On Detroit. It will take place in the museum’s spacious rotunda.

Franklin will be buried at Detroit’s Woodlawn Cemetery along with her father, the late Rev. C.L. Franklin, her brother, Cecil Franklin, sisters Carolyn Franklin and Erma Franklin, and nephew Thomas Garrett, the Free Press reported.

On Sunday, Detroiters and visitors gathered at the church of Franklin’s late father – New Bethel Baptist Church – to remember the life, the voice and the activism of the late singer who grew up singing in the church, the Detroit News reported.

The Rev. Jesse Jackson attended the service, saying Franklin “was raised in the struggle.”

He hailed her for working for good even in the final stages of her illness. Her final concert was an AIDS benefit with Elton John in New York City, Jackson said.

“She couldn’t gain a pound,” Jackson said. “But here she was this sick woman singing for sick people.” 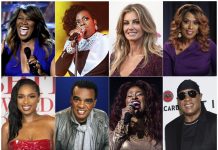 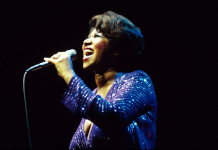 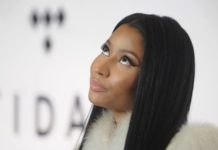