DefenderNetwork.com
Home ENTERTAINMENT BET’s ‘The Quad’ Is Canceled But BET Has New Shows On The... 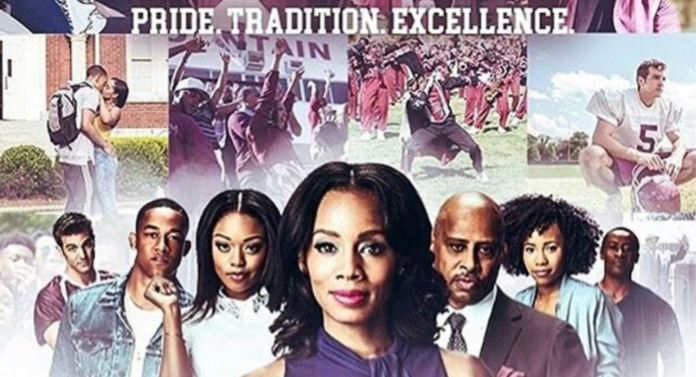 Within a week of BET’s The Quad second season première, the network canceled the show.

A drama set at a fictional Black college starring Anika Noni Rose as its president will not have a third season, according to Deadline. The show followed Dr. Eva Fletcher, played by  Rose, as the newly elected president of Georgia A&M University. Ruben Santiago-Hudson, Sean Blakemore and Jasmine Guy join the show as well.

Between the first and second season, ratings for the show dropped. When looking at the 18-49 demographics, the show’s second season dropped off significantly according to ratings by Nielson.

The Quad ending follows the end of BET’s show Being Mary Jane, which only lasted four seasons. It will wrap up its fourth season storylines in two-hour finale.

From The Hollywood Reporter:

BET has not gotten out of the scripted television arena, though. Their new president, Scott Mills announced three new shows this week. A writer and producing team on Boomerang have not yet been determined. The 10-episode, half-hour comedy hails from corporate sibling Paramount Television.

Like the original, it revolves around a successful executive who finds that his lifestyle choices have turned back on him when his new boss turns out to be a bigger deviant that he is. It’s described as an updated version that explores contemporary workplace dynamics, including the changing role of gender, office politics, relationships and the conflicts between Generation X and millennials.

American Soul is inspired by the personal trials and professional successes of a young, ambitious and troubled impresario, Don Cornelius. The 10-episode drama is an unflinching look at the entrepreneur, his Soul Train dancers, crew and musicians in a cutthroat Hollywood in the 1970s and how they work, play, rise and fall against the backdrop of the show most responsible for the way African-American culture was perceived by the world.

Packer’s 10-episode comedy Peachtree Place follows five 30-somethings living in Atlanta as they try to build professional and personal lives they can be proud of, but the one thing they don’t have keeps impeding their progress: love. Unresolved feelings from college are uncovered and secrets revealed, forcing these friends to finally deal with uncomfortable truths about each other. Packer exec produces; Felischa Marye will pen the series and co-exec produce; Will Packer Media’s Sheila Ducksworth will also serve as a co-EP.”