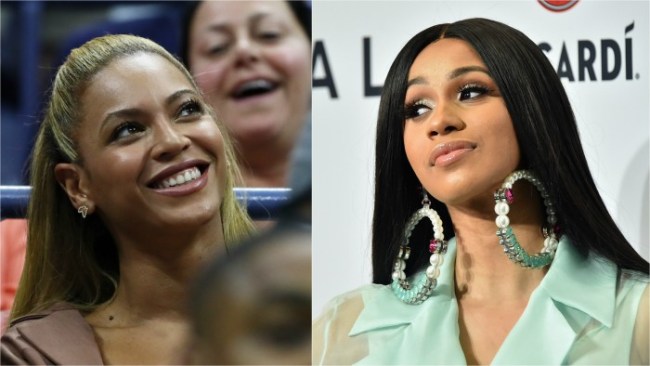 Cardi B has reportedly collaborated with the Queen herself, Beyoncé, for her upcoming debut album.

The “Bodak Yellow” rap phenom, who recently made history with her chart-topping single, looks to be working with one of the biggest names in the industry, if an Instagram clip posted by a sound engineer can be believed.

Although the clip, posted by Michael Ashby, was taken down at Cardi B’s request, that doesn’t change the fact that fans immediately lost their entire minds when they saw it. “Wow this feature is big,” Ashby wrote on the clip, which was titled “Cardi B ft. Beyoncé Demo Wet.”

Beyoncé’s camp has since confirmed the collaboration, writing on their website, “Beyoncé will indeed be on Cardi B’s new album […] and the record is finished.”