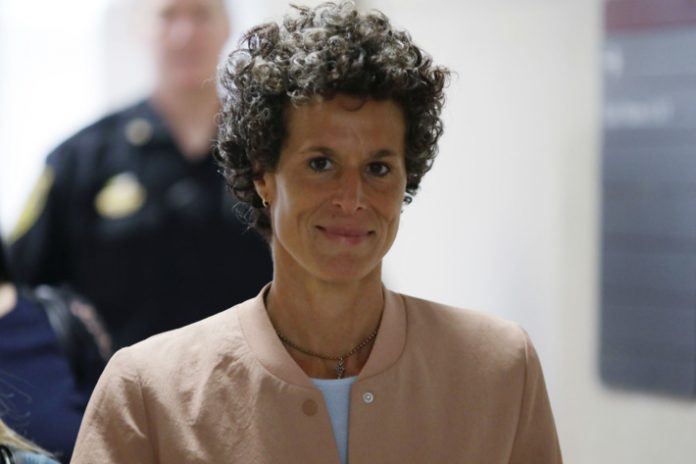 Bill Cosby’s chief accuser spent late nights at the comedian’s home, drove four hours to see him at a casino and called him twice on Valentine’s Day, about a month after she says he drugged and molested her, jurors learned Monday as the defense sought to undercut her account.

Andrea Constand took the witness stand for a second day Monday and said under cross-examination that her phone calls to Cosby were about basketball and had nothing to do with romance.

Constand, 45, testified last week that Cosby knocked her out with pills and then sexually assaulted her at his suburban Philadelphia home in 2004. Cosby, 80, says Constand consented to a sexual encounter. His first trial last year ended with a hung jury.

The defense is trying to cast Constand as an unrequited lover who acted inappropriately by showing interest in the long-married Cosby. She has testified that she saw the former TV star as a mentor and had no romantic interest in him.

Phone records show Constand, the former director of women’s basketball operations at Temple University, made brief calls to Cosby around the time of a Temple home game on Feb. 14, 2004, the month after the alleged assault.

“You think you called Mr. Cosby to talk about basketball?” Mesereau asked her.

Constand testified that she felt a duty to answer Cosby’s inquiries since he was a powerful alumnus and trustee.

Picking up where he left off Friday, Mesereau questioned Constand about inconsistencies in her police statements and prior testimony.

Mesereau said Constand told police in 2005 that she called Cosby from her university-issued cellphone just before she arrived at his house on the night of the alleged assault to ensure the gate would be open. But Constand’s phone records show she did not make any calls to Cosby’s mansion that month.

Constand explained that she may have been mistaken, that there were times Cosby told her in advance that the gate would be open and that she often reached him at another number.

Mesereau opened the retrial last week with a blistering attack on Constand, telling jurors that she is a “con artist” who framed the comedian and cashed in with a $3.4 million settlement.

On Monday, the defense lawyer suggested Constand broke her 2006 confidential settlement agreement with Cosby by agreeing to cooperate with law enforcement in the reopened criminal case.

“Didn’t you think when Mr. Cosby paid you this large sum of money he was hoping it was all go away?” Mesereau asked, wondering in front of jurors if she’d ever offered to give back the money.

Prosecutors have called five other women to the stand who said Cosby drugged and assaulted them too. The defense has called the other accusers irrelevant to the case.

If convicted, he could get up to 10 years in prison on each of three charges of aggravated indecent assault.

The Associated Press does not typically identify people who say they are victims of sexual assault unless they grant permission, which Constand has done.