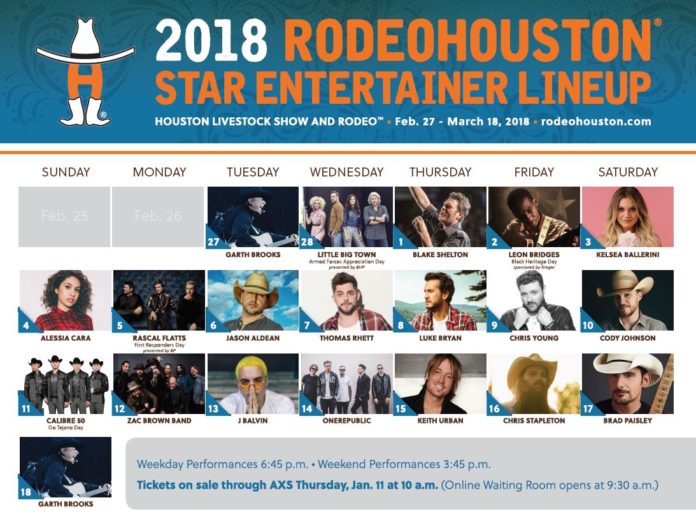 RodeoHouston just announced the big names who will be joining Garth Brooks at NRG Stadium this year and some Black fans are not happy about the Black talent. Usually, Black Heritage Night brings in some of the biggest Black artists. This year, the night features Leon Bridges, a singer many have never heard of.

Houston Livestock Show and Rodeo officials just announced these acts for the 2018 rodeo. Tickets will go on sale on January 11 at 10 a.m.

The artists will be performing on a whole new star-shaped stage. It will have five points that each measure 36 feet and are raised to create an elevated performance.