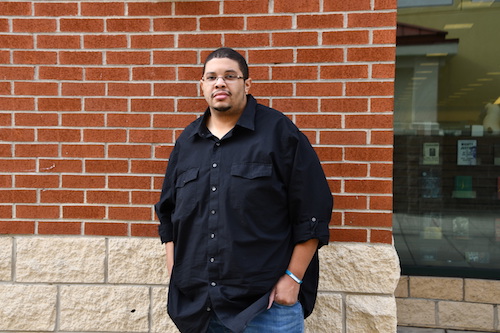 Hugh Kingsley, a 31-year old Black video game maker from North Carolina, is premiering his debut game Xenrai, a rare jewel in an industry that has kept a consistently low presence of Black culture and game creators.

Inspired by the film “Black Panther,” Kingsley found great importance in weaving African motifs and cultural essence in the main characters and aesthetic of his video game. A production of Zenith Edge Studios, Kingsley’s production company, Xenrai tells a story woven from the company’s cultural influence, giving game lovers a different view and taste of the usual gaming fantasy.

“I wanted to bring a lot of African influence into it, so originally the name was going to be Xentai (pronounced zen-tie) after the African god of thunder, and then about two years into production we realized that the name was taken by another game,” Kingsley said. “So we kind of morphed it into ‘Xenrai.’”

Kingsley quickly encountered the lack of creative control given to Black professionals working under mainstream video game design companies, spurring him to create his own production tank.

Zenith Edge Studios has been operating since June 2016. Kingsley shares that the absence of creators like himself also influenced the drive behind the making of Xenrai.

One of the game’s standout features is the titular character himself — a Black male fighter.

“I’ve been to various video game conventions, but it was just realizing the lack of diversity in video games,” Kingsley said. “When you think of a Black person in a video game at that time, it was basically Final Fantasy 7, that’s about it.”

The character who Kingsley refers to, “Barry” of Final Fantasy 7, was a secondary figure in the game.

Consumers of all demographics — including those not visually represented in productions — purchase and enjoy a bevy of gaming experiences, which begs the question: Are Black Americans present behind the scenes of the gaming industry as well?

“Typically what happens is, you’ll have Black people go into the gaming industry and they’ll get jobs in the industry, but they have no control of the story, no control over the rest of the characters — they just work on a small menial task and that’s it,” Kingsley said. “I wanted to have a sort of company where we can have a much broader control over the story and things of that nature.”

The Zenith Edge Studio team attended GuardianCon, a gaming convention in Florida also serving as a charity event, for the first time. During the event, Kingsley and his production crew set up demos of Xenrai for attendees, to great success.

“The response was phenomenal,” Kingsley said. “People from all walks of life basically wanted to play the game, purchase the game, and were interested. We had a small demo store prepared, and we expected people to play it for about 3-5 minutes and then just walk off. But people ended up playing 20-30 minutes.”

Xenrai is slated to premiere on the Steam gaming platform in April. The cinematic trailer is available to view at zenithedgestudios.com.