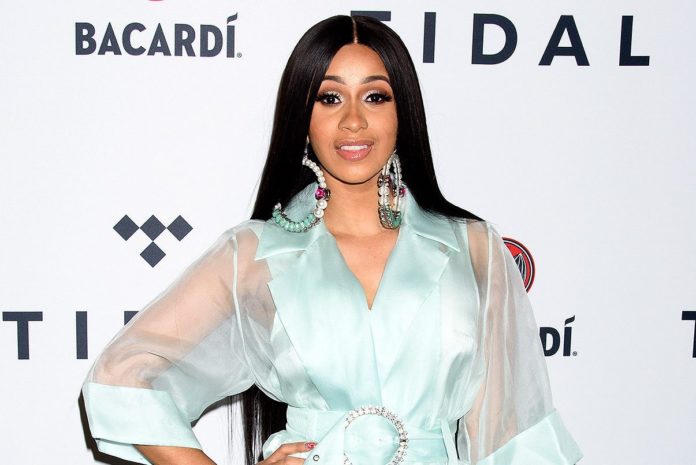 Cardi B has apologized for her portrayal of Coretta Scott King, wife of Martin Luther King Jr., after receiving extensive backlash.

The skit ― which was leaked to TMZ and was filmed for the comedy show “Off the Rip” but never aired ― is titled “The Real Housewives of the Civil Rights Movement.” The “Bodak Yellow” rapper stars alongside others in portrayals that include Rosa Parks, Jacqueline Lavina Brown (Jesse Jackson’s wife) and Betty Shabazz (Malcolm X’s wife). The women are apparently attempting to plan a rally for Martin Luther King Jr.

Cardi, in her portrayal, touches on King’s infidelity and says in the video: “All the hussies wanna sleep with my husband, but it’s alright, ’cause I know he marches home to me.”

The video surfaced as Tuesday marks the 55th anniversary of King’s 1963 “I Have A Dream” speech at the March on Washington for Jobs and Freedom. It especially offended the Kings’ youngest child, Bernice King.

“On the 55th anniversary of #IHaveADream,’ a clip on @TMZ depicts my parents (Cardi B playing my mom) & great women of the CRM in a repulsive, false light,” she wrote King in a since-deleted tweet.

“They paid an extraordinary price so people of color can have a platform- & this is how you use it. @iamcardib: Let’s talk.”

Cardi has not addressed the controversy on social media nor did she immediately respond to HuffPost’s request for comment.