Get ready, Houston: The Obamas are on the move and will be making H-Town a temporary home in 2022 at the Museum of Fine Arts.

Okay, technically the real 44th U.S. president and first lady aren’t measuring the drapes in the Beck building for an art-staycation; instead the acclaimed “President Barack Obama” portrait by Kehinde Wiley and the “Michelle Obama” portrait by Amy Sherald will take up residence at the MFAH March March 25–May 30, 2022.

The Smithsonian’s National Portrait Gallery just announced a five-city tour of the famed portraits and the Museum of Fine Arts, Houston becomes that last stop on the tour, the only museum in Texas and the southwest region. The tour begins in the Obama’s hometown of Chicago and make stops at the Brooklyn Museum, New York; Los Angeles County Museum of Art and the High Art Museum in Atlanta before coming to Houston.

“We view the country as our community,” said Kim Sajet, director of the National Portrait Gallery in a statement made upon the announcement of the tour. “Since the unveiling of these two portraits of the Obamas, the Portrait Gallery has experienced a record number of visitors, not only to view these works in person, but to be part of the communal experience of a particular moment in time. This tour is an opportunity for audiences in different parts of the country to witness how portraiture can engage people in the beauty of dialogue and shared experience.”

In addition to the paintings, the tour will include an audio-visual element, Portrait Gallery-led teacher workshops and curatorial presentations in each location. In anticipation of the tour, the Portrait Gallery is also publishing a book in partnership with Princeton University Press. The Obama Portraits will be released February 11.

On a personal note, since a family member’s move to Virginia several years ago, the National Portrait Gallery has become one of my favorite art stops whenever I visit Washington, DC. Several blocks uphill from the National Mall and the National Gallery of Art, it shares the Old Patent Office Building with the Smithsonian American Art Museum. I find it usually a quiet place to contemplate both portraiture as an ancient art form but also the worlds that may be depicted within an individual human face.

I found that quiet wonderfully missing when I happened to be in town late February, 2018 only a few weeks after the portraits’ unveiling. I had never seen the museum so crowded. I soon realized people were lining up to see the Obama portraits, not just to view but to take selfies with these painted imaginings of the president and first lady.

I initially thought I understood the reason so many people wanted a selfie was as a way to bring themselves closer to Obamas. I now think perhaps the crowds were in their own way participating in art creation. To take a photo beside a portrait is to not only draw yourself closer to a person you admire and respect, but to put yourself in the picture, and perhaps also to create your own personal portrait, a kind of portrait squared.

Now, without making a trip to D.C, Texans will have the opportunity to view these monumental pieces of contemporary art history. 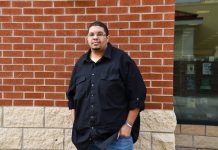 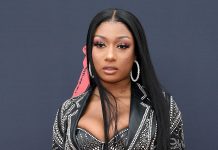 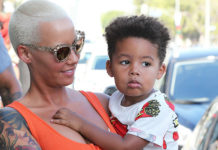 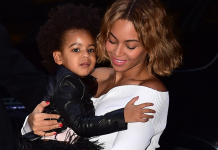