Actor and producer J.J. Green had a specific vision when he wrote the script for a film on the water crisis in Flint, Michigan, and no amount of money will make him change it.

“Flint 6” tells the story of how young residents of Flint took matters into their own hands to demand change and reparations after government officials were criticized for their inadequate leadership. The title of the drama is a reference to the six state officials who were criminally charged for their roles in the water crisis.

“It’s a redemption story,” Green, a Flint native, told HuffPost, explaining that he doesn’t want the public to only see Flint residents as victims of the crisis. “These people are so resilient that they’re victors as well. I want to show that side, I want to show them taking things into their own hands and being victorious.”

For Green, that meant actually filming in Flint to help better capture the events that unfolded as lead-contaminated water was discovered throughout the city.

So Green says when he was offered $3.75 million by producers hoping to finance the film, he was over the moon. But once he learned of their hopes to scout for film locations outside of Flint, which Green attributed to Michigan’s absence of film incentives, he immediately rejected the offer.

“I said no,” Green told HuffPost. “I can’t compromise the integrity of the story. I’m from Flint and I can’t treat the people like this because they deserve better.”

Green said the film brokers loved the film’s script, but wanted to tape it outside of Flint after discovering that Michigan Gov. Rick Snyder (R) signed a bill in 2015 ending tax incentives that would benefit filmmakers and attract Hollywood directors to film in the state. The incentive had previously drawn big-budget films like “Batman v. Superman: Dawn of Justice,” “Red Dawn” and the “Transformers” franchise, according to the Detroit Free Press. 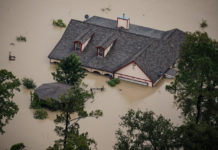 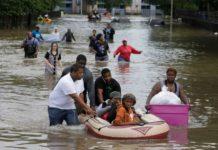 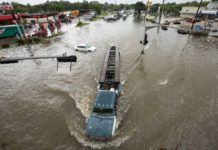