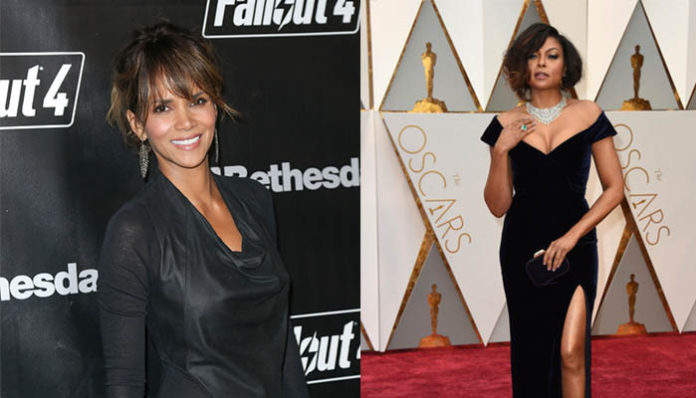 The women told The Washington Post that Cirrincione, who was also Halle Berry’s manager for more than 25 years, regularly dangled Berry’s and later, Henson’s, stardom as bait in an effort to get them to comply with his sexual requests.

Henson responded to the report last week, saying in an Instagram post that the news has “shocked, hurt, offended and yet again put professional women in a position to not trust the men they work with.”

“Everyone knows how difficult this industry has been for women and my hope is that all of these unspeakable events ignite true change in the treatment of women in this entertainment business,” Henson wrote.

“I feel saddened, disappointed and ashamed. We deserve better,” she wrote. “THIS HAS TO STOP!!!”

The nine women, eight of whom are African-American and one who is Asian, told the Post Cirrincione made unwanted sexual advances toward them over two decades. In total, the allegations stretch from 1993 to 2011.

Three of the women said he asked for sex as a condition for representing them and refused to do so when they did not have sex with him. Another woman told the Post “he offered to help advance her career if she agreed to have sex with him monthly.” Another of the actresses said that Cirrincione masturbated in front of her in his office over the years he managed her, according to the report.

Many of the women said they viewed Cirrincione, who is white, as a “gatekeeper” for the acting business, which has few paths for people of color. The women said he would use names of actresses he’s previously worked with, such as Halle Berry, as “bait,” even telling one of the women “he was the only manager who knew what to do with black actresses,” according to the Post.

Berry also released a statement on Friday, tweeting she was “saddened” and “sick” after reading the womens’ allegations.

“I’m livid that he used me, and the role model he helped me become, to lure and manipulate innocent, vulnerable women of color for his predatory actions,” Berry tweeted. “I’m deeply hurt and I want these woman and countless others to know I see you. I hear you. You matter. I will fight for you.”

Henson has yet to publicly sever professional ties with Cirrincione, her manager of two decades who has also been her producing partner. Her publicist, Pam Sharp, is Cirrincione’s longtime girlfriend.

Henson told The Post last week that she looked up to Cirrincione as a “father figure.” She said she never experienced, witnessed or heard about any inappropriate behavior by Cirrincione toward women. She said he would at times pay for her rent, child-care fees and, later, her son’s school tuition.

“He saw a single mother trying to make her dreams come true, and he nurtured that,” Henson said. “He wrote checks and wouldn’t ask for anything in return. It wasn’t coming from a creepy place. If anything, it empowered me. Like this man believes in me. I love him for that.”

Berry, too, said had Cirrincione had never made any inappropriate gestures toward her. But the Oscar winner told The Post that she immediately terminated her relationship with Cirrincione more than three years ago after hearing a radio report about a misconduct allegation against him — a story that had not been previously reported.

Cirrincione disputes her account of how their relationship ended. He told The Post that he accepts responsibility for pursuing sexual relationships but denies allegations that he sought sexual favors in exchange for representing actresses. He apologized to the women but characterized all of his interactions with women as “consensual.”