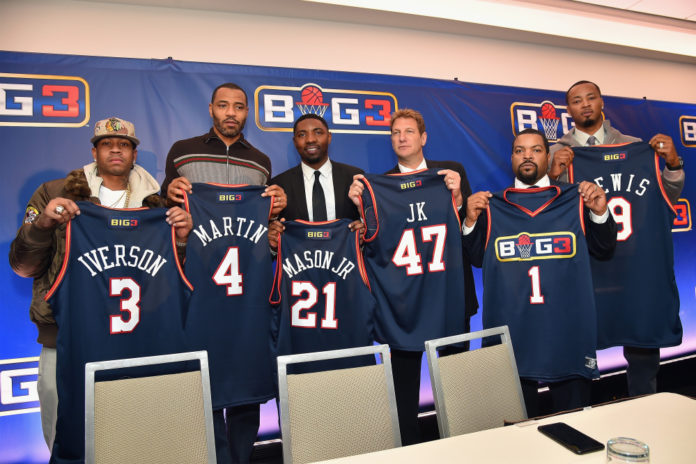 Ice Cube has got some serious beef with President Donald Trump and took out a full-page ad in the New York Times with the Big3 League demanding that he sides with American athletes when meeting with the Emir of Qatar.

At issue is a $1.2 billion lawsuit that Cube and his Big3 co-founder Jeff Kwatinetz have against Qatar investor Sheikh Tamim bin Hamad Al Thani, reports the Atlanta Black Star. They claim that the investors tried to push them out of any chance to be competitive in the 3-on-3 basketball league.

According to reports, the investors are failing to bankroll the league, even though they committed to a $20 million investment. So far they’ve only paid a third of what was promised. The failure to secure the bag is causing issues for Cube’s team and their ability to be a part of the league at all.

Ice Cube took to the pages of the New York Times to call out the investors – and President Trump as a reminder to pick the right side when meeting with the foreign investors. (We all know how our President likes to kiss Putin’s boots.)

“Hey President Trump, when you meet today with Putin’s new friend, the Emir of Qatar (Sheikh Abdullah bin Mohammed bin Saud Al Thani), please tell him not to threaten the BIG3 and American athletes!” The ad was also co-signed by league coaches and players.

To add insult to injury, Al Thani told Ice Cube to blame the lack of funding on “sinuses” and it being a “Long day bro.”

Don’t they know Cube is straight outta’ Compton and will call in the homies?

“You don’t know who I know in L.A. and what they’re capable of! You should think of your safety and the safety of you and your family.”