DefenderNetwork.com
Home ENTERTAINMENT Is ‘Living Single’ getting a new life? 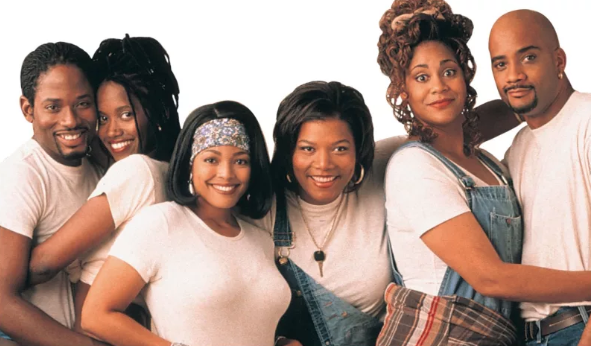 With all the reboots of classic TV shows, it was inevitable that someone would get around to Living Single, the Fox sitcom starring Erika Alexander, Queen Latifah, Kim Coles, T.C. Carson and John Henson that ran from 1993-1998. It covered a group of friends living in a Brooklyn brownstone and is one of the sitcoms including Girlfriends, The Cosby Show, Everybody Loves Chris and Martin that resonated with Black audiences.

Some hints of a possible reworking of the show have dropped from its stars. Queen Latifah said the cast was ‘working on it’ and Kim Coles told ET something “reboot-ish” was on the way.

“[Queen Latifah’s] been talking, listen what [I’d] love to say is that I have been neither contacted nor contracted,” Coles said. “However, something is happening next month that I cannot talk about and that’s all I’m gonna say. That’s all I can say. The six of us together; a reboot-ish. That’s all I can say.”

Latifah on Bravo’s Watch What Happens Live earlier this year:

But Erika Alexander dropped a big hint on her Instagram page, although she didn’t provide any details either: