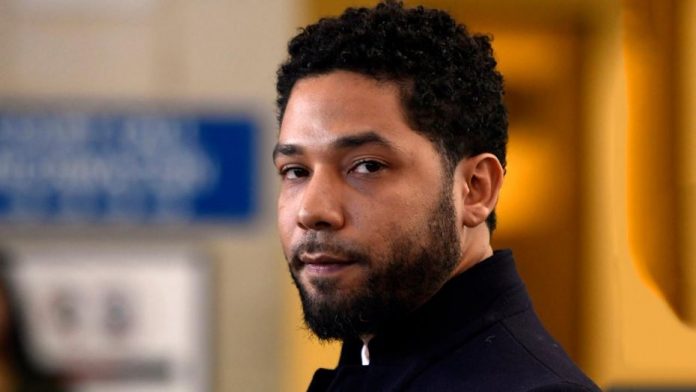 Over a year after claiming he was attacked on the cold streets of Chicago, Jussie Smollett on Tuesday was indicted by a special prosecutor in the case that the former Empire star probably thought was behind him.

The move by special prosecutor Dan Webb will find Smollett back in court in the Windy City on February 24 to face new criminal charges and potential jail time over the widely covered January 29, 2019 incident. With time behind bars again a possibility, Smollett was indicted today on six counts of disorderly conduct by a Cook County grand jury over falsely reporting the assault.

“Further prosecution of Jussie Smollett is in the interest of justice,” Webb said in a statement Tuesday as news of the indictment leaked out of the County Clerk’s offices.

Appointed back in August, the former U.S. Attorney was tasked with peeling back why the initial charges against Smollett, who played Jamal Lyon on the Fox drama series, were suddenly dropped and sealed last spring with little apparent consequence by the office of Cook County State’s Attorney Kim Foxx. The Illinois prosecutor had recused herself from the case early on and has been much criticized over the matter by the Chicago Police Department and others as a backlash took hold.

“The attempt to re-prosecute Mr. Smollett one year later on the eve of the Cook County State’s Attorney election is clearly all about politics not justice,” Smollett’s attorney states.

The two brothers who were seen as “persons of interest” during the first days of the probe into the attack were quick to get a statement out via their lawyer.

“The Osundairo brothers are aware of the new charges brought against Jussie Smollett today by the grand jury,” the release this afternoon said. “As stated before, they are fully committed to the public knowing the truth about what occurred on January 29, 2019,” the statement added of the occurrence that has now been seen as a hoax and PR stunt gone wrong. “The Osundairo brothers will continue to cooperate with that process and they thank the Special Prosecutor’s office for their tireless work in seeing that justice was administered.”

Initially treated as a potential hate crime by Chicago police and garnering sympathy from a varied lot of Donald Trump, the Empire cast and creators Lee Daniels and Danny Strong, and many more, the tide turned against Smollett as “persons of interest” the Osundairo brothers claimed it was in fact the actor himself who masterminded the attack.

Last spring, criminal charges were laid against Smollett, who has maintained his innocence.

If Smollett had been convicted on all 16 counts last year, he could have faced nearly 50 years in state prison. However, the case was dropped and sealed in late March 2019 upon request from the Cook County State’s Attorney’s Office with a $10,000 payment and some community service credit.

The action really ticked off then-Chicago Mayor Rahm Emanuel and the Chicago PD, and saw the city itself go after Smollett for hundreds of thousands of dollars in costs of the initial investigation. That lawsuit remains ongoing.

With the controversy surrounding the attack and the aftermath, Smollett was erased from the final episodes of Empire‘s penultimate season last year. The return of the Fox hip-hop drama for its sixth and final season last fall saw Smollett seemingly permanently written out of the show, despite repeated pleas for his re-instatement by Terrence Howard, Taraji P. Henson and other leading cast members.

Without Smollett, except in the odd photo in the background, Empire is back on March 3 for the start of its final episodes.