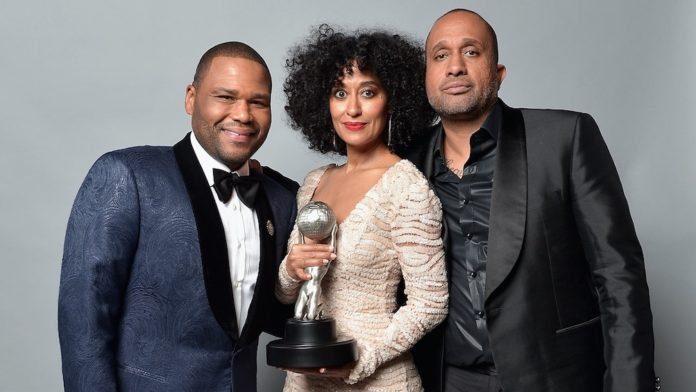 Kenya Barris is the man behind ABC’s hit, black-ish and the series that was just renewed for a fifth season just completed a four-episode arc that had fans very worried.

The show’s main characters, Dre (Anthony Anderson) and Bow (Tracy Ellis Ross) were experiencing an especially troubling time inter marriage and were separated, forcing fans to fear a divorce could be not he horizon. In last night’s season 4 finale, the couple reconciled and calmed our fears and now Barris is speaking out about why he chose to play with our emotions.

“The thing we wanted to do as we moved into this episode was to show that when this couple got back together, we left the audience in a place knowing they were actually in this for real, and it’s not about codependency and it’s not because [being separated] was too hard,” Kenya Barris told Entertainment Weekly. “We wanted to show that one of the great things about having a great family is that they do have your back and support you.”

He revealed that although fans were worried of a permanent breakup, the show’s writer always planned to reunite the beloved couple.

“We knew that this was a family that we feel like we want to have a positive image, and we feel like they’re in love. The biggest thing is that we wanted to get people [to see that] you can’t see daylight without seeing night first. You can’t taste sweet before you know what sour is. As I think 100% of couples would admit to [going through problems], we wanted to give them something saying, “You’re not the only one.” The couple we see every week and we love has gone through things, and sometimes it actually does seem like it hits a rock bottom, but there’s a place to come back from.”

During an interview with Vulture, he also opened up about the episode of black-ish that was pulled by ABC this season due to “creative differences” about the show that touched on Colin Kaepernick and the “Take a Knee” movement.

“We just had a difference of opinion. I don’t think it’s the first time an episode hasn’t aired. You know what I’m saying? It probably won’t be the last. And I feel like it was something for us that we felt like we couldn’t come to an agreement and mutually decided just to sort of move past it,” he said of the incident that prompted rumors he was trying to get out of his contract.

“We had our moment. You know what I’m saying? We got past it. I think we still had a really great season. We decided that the body of the show speaks for itself. And it’s nothing we harped on. We’ve moved past it.”

When the reporter asked him about his reaction to the shade his show received on an episode of Roseanne that came in the form of a racist joke, the publicist on deck interrupted the conversation, preventing Kenya Barris from offering an answer.

Looks like the network would rather we forget about that terribly tasteless moment from one of its biggest money-makers.