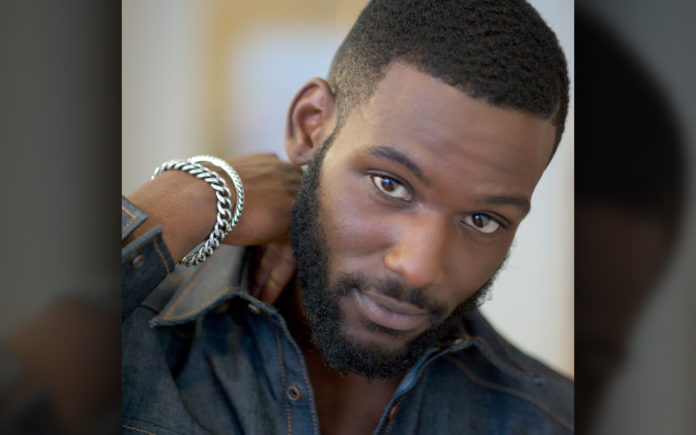 Kofi Siriboe is just 23, but he’s already had a life-defining year. The actor/filmmaker made his breakthrough in the OWN TV show Queen Sugar as Ralph Angel Bordelon, the youngest son of a Louisiana cane sugar farming family. Since the show debuted last fall, Siriboe’s profile has become substantially higher. With the release of the hit summer movie Girl’s Trip, where Siriboe played Jada Pinkett Smith’s love interest, Siriboe is coming into his own.

In person, Siriboe shares Ralph Angel’s pretty chocolate complexion, height and smile, although the L.A. native’s voice is noticeably higher. Ex-con Ralph Angel struggles through manhood but Siriboe seems to be managing well. Even his growing fame has been put in its proper perspective.

You’re on hiatus from Queen Sugar right now, so what’s keeping you busy?

“Girls Trip was a lot. I was filming [Queen Sugar] while it came out, so I did my best to be a part of the wave, but had to stay true to my work. We had some real serious things going on with my character. I’ve been free for the last month and a half, kind of just processing everything that’s been going on this last year.  I’m just now getting a second to get a breath of fresh air, to kind of look around and see what’s been going on. I can’t lie, it’s a pretty beautiful sight. I have now looked up and I love what I see.”

What do you attribute your success to?

“I really just committed myself to the journey and the exploration. Prior to Queen Sugar, you know as a young Black man in America, a young human in America, we’re all trying to survive. No one lives in America for free. After you get to that place of financial freedom – to some extent, I mean, I’m not a billionaire, I’m not Oprah – but you realize ‘Oh there’s more’ and I’ve always felt that. But it’s the journey you must be married to, because once you get money, once you get fame, once you get success, and then what? That’s been my question. What do you do when you can do anything? What do you buy when you can buy anything? What do you need when all you have is options? Those things have killed people. Options kill people. Figuring out my purpose and why and falling in love with the trial and error and the mistakes and all the bad, has really become all the passion of it all, because that’s the only thing that it ever is.”

Do you ever think ‘Why me?’ There are a lot of young actors looking for an opportunity.

“I never think about that. Because of the work that I’ve put in for so long.  It’s literally just the result of that work. There’s so much work that goes on the dark that people don’t realize until the response is brought to light. Sometimes it’s very, very scary (laughs) because I don’t want to put myself on Front Street. I’m a very low-key person but I’ve adapted the mindset that it’s not about me. Everything I do isn’t for me. If I’m here, it’s for everybody who isn’t, it’s for everybody who’s going to be here and will be here at some point in the future.”

What’s next for you?

“I’m working on my first feature. My short is in post-production, now we’re coloring it and getting sound and all the little technical things, but I feel like it’s the Issa and the Ava. They were great and Selma was great and Awkward Black Girl was great and then they followed up with great projects. I just want to follow that lead and start giving some men some inspiration. As a young Black man, I don’t see a lot of young male filmmakers or director or writers getting a spotlight. It’s been extremely female-heavy, which is great, but I just want to add some balance to that.”