In case you forgot, here’s a reminder: Lizzo is still 100% that — well, you know the rest.

Draped in a red Valentino dress, the musician is the latest Vogue cover star for the October issue of the magazine, announced Thursday by both Vogue and Lizzo herself.

“At a time of unprecedented strife, struggle, and opportunity, Vogue meets up—at a distance—with Lizzo, the musical sage who wants us to get through this moment together,” the magazine said on Instagram.

Lizzo said on Instagram, “I am the first big black woman on the cover of @voguemagazine. The first black anything feels overdue. But our time has come. To all my black girls, if someone like you hasn’t done it yet— BE THE FIRST.”

CNN reached out to Vogue to confirm that Lizzo is the first plus-size Black woman on the cover. 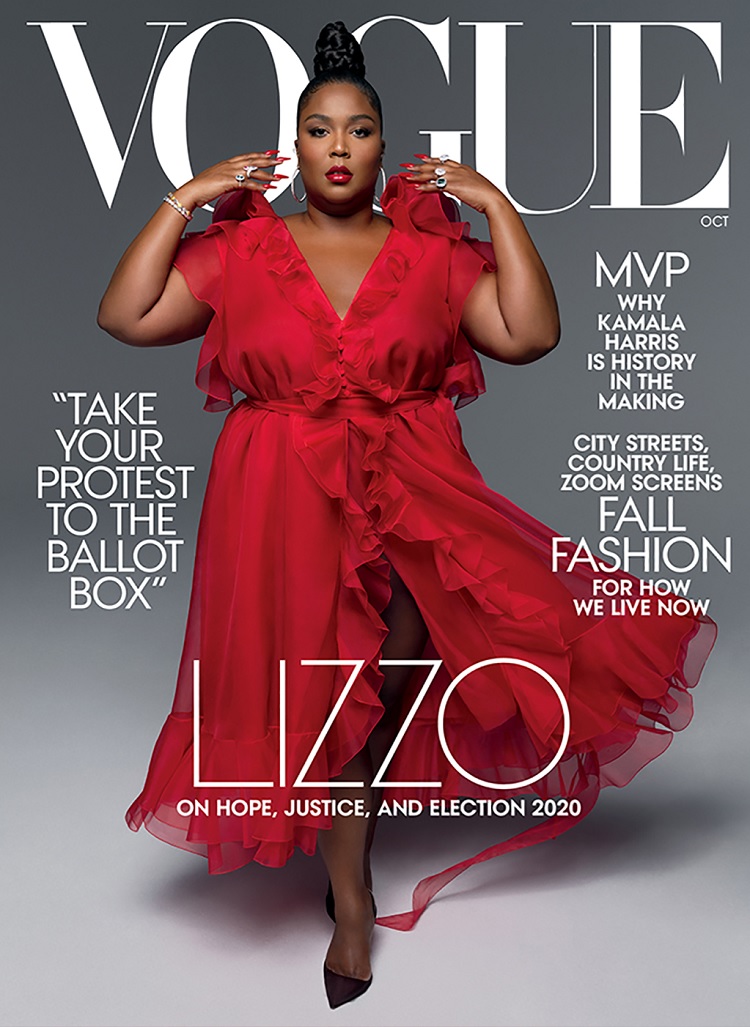 The cover was shot by Hype Williams, and the accompanying profile was written by poet and essayist Claudia Rankine.

In the profile, Lizzo talks about everything from the role she wants her music to play to police violence.

“I want to make music that helps. ‘Cause that’s the way that I help,” she told Rankine. “I’m not a doctor, I’m not a lawyer, I don’t work in the government. I make music.”

Lizzo first burst into the mainstream in 2019, after her song “Truth Hurts” was featured in the Netflix movie “Someone Great.” Her subsequent album, “Cuz I Love You,” was nominated for multiple Grammys and won Best Urban Contemporary Album.