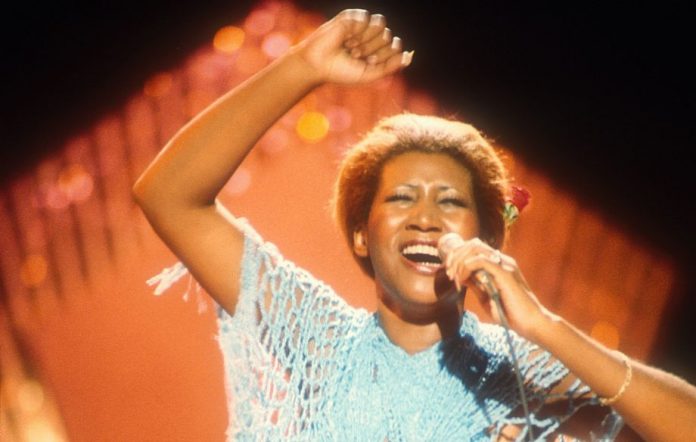 Forty-six years after an Aretha Franklin gospel concert film was shot and abandoned, the documentary could soon see the light of day. The Franklin estate and producer Alan Elliott have reached an agreement to release the perpetually delayed “Amazing Grace” project, according to Variety.

“In recent weeks, Alan presented the film to the family at the African American Museum here, and we absolutely love it,” said Sabrina Owens, the late star’s niece and executor of her estate, in a phone interview from Detroit. “We can see Alan’s passion for the movie, and we are just as passionate about it. It’s in a very pure environment, very moving and inspirational, and it’s an opportunity for those individuals who had not experienced her in a gospel context to see how diverse her music is. We are so excited to be a part of this.”

There is no distribution deal in place for the planned general release in 2019, but the film will premiere next Monday at a film festival. Official premiere events for L.A. and Detroit are in the early stages of being planned for next year. The Franklin family and Elliott believe a distribution deal will come quickly but wanted to get the film ready for awards consideration first, then cross that bridge.

The film was originally scheduled to premiere in 2015, before Franklin’s lawyers were granted an injunction halting the showings. Her attorneys argued the singer had the right to deny the use of her likeness in the movie, while Elliott maintained that all rights had been granted when he bought the uncompleted footage from Warner Bros. Elliott and Franklin’s team agreed to negotiate in good faith with the aim of making the singer a partner in the movie.

The legal wrangling created the appearance of enmity between camps, and the late singer was not always an easy read when it came to business matters. But in the midst of the imbroglio, Franklin told the Detroit Free Press that she “loved” the movie, a DVD edit of which Elliott had sent her years ago.

Viewers might quibble over whether it’s technically a concert movie or a church service movie, but it’s foremost a music movie. “Aretha says six words in the movie,” Elliott points out. “She says,  ‘What key is it, E?’ and then she says, ‘Water.’ So, obviously getting the music right is the thing we can do best by her legacy, I think.”

For Owens, the film “shows Aretha in a very different light. She’s very youthful, very shy, and her voice is just beautiful throughout, at an age when her voice was absolutely crystal-clear and very pure. It’s very moving and inspirational, and I enjoy it as a fan of the church and gospel music beyond just the fact that it’s my aunt singing. This just seems like the best time, because I think any time an artist passes, they’re fresh on people’s minds and hearts. But also, I think people want something in a very spiritual mode, and I think this is a feel-good movie that could be very uplifting in a time of turmoil in our country.”