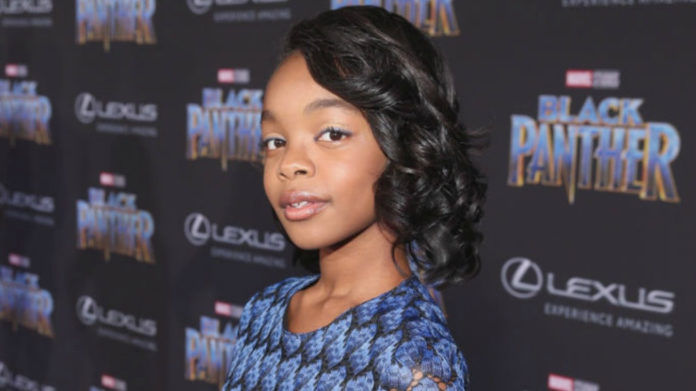 It may have a spin-off show in Grown-ish now, but we all know the main ones capturing the attention of Black-ish viewers everywhere are some of its youngest cast members. Marsai Martin plays “Diane” one half of the Johnson twins with a dark humor behind a bright smile who spends most days planning the downfall of arch nemesis “Charles” played by the hilarious Deon Cole.

Nyota Magazine recently sat down with the 13-year-old who announced last year that she’ll be executive producing her first feature film “Little” with Universal Pictures which Variety reports just received a release date of September 2019.

The teen who has starred on the ABC comedy for four seasons shared that when it comes to her character, they have a few things in common:

“Diane is extremely intelligent, headstrong and always says what’s on her mind. I can definitely relate to her and love how fearless she is.”

But Martin is more than her well-conceived master plan. Like most teens she loves experimenting with her personal style and fashion choices. She’s probably learned a little something after sharing a set with some of the stylish women in the game, Yara Shahidi and Tracee Ellis Ross and revealed what’s special about her own style:

“My personal style is constantly evolving. My personal stylist, Apuje Kalu like to experiment with different styles and colors depending on the event I attend and bounce our ideas off eachother.”

Martin has quite the resume under her belt and it makes you wonder if her accomplishments are intimidating to other girls her age. When asked if most of her friends were inside of the industry or out, Martin shared that she tries to keep a mix of both but admits that her busy schedule can sometimes get in the way of plans to hang out:

“I like to have a mixture of friends in and out the entertainment industry. Because I spend a lot of my time working I try and see my friends as much as I can by planning trips and inviting them to events I attend.”

Martin reveals that Tiffany Haddish, Kristin Wiig and Kevin Hart are just a few of her comedic mentors and shares when it comes to the future, her career goals include continuing to create film and television projects.

The Plano, Texas native also talked about how “Little” which started out as her original idea came to life thanks to Hollywood major players like Will Packer and Kenya Barris:

“During my first hiatus from Black-ish, I was contemplating which project I would like to do, however, there weren’t very many projects being made that included roles for kids, especially for kids of color. This prompted me to come up with my own opportunities and create roles I wanted to play.”

It’s no surprise that when Martin is asked to describe herself in three words she responds, “Determined, creative and blessed.” With all of the #BlackGirlMagic she’s bringing to the big screen, we can’t say we disagree. You can check out the full interview here. 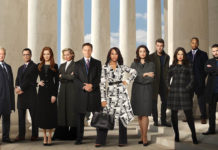