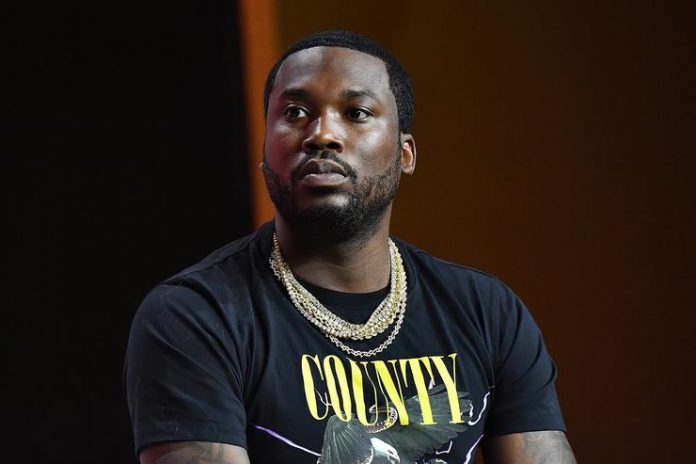 Rapper Meek Mill will co-star alongside Teyonah Parris (Chi-Raq), Jahi Winston (The New Edition Story) and Will Catlett (Love Is) in a feature adaptation of 12 O’Clock Boys, a 2013 documentary by Lotfy Nathan. According to Deadline, the film will be produced by Jada Pinkett Smith’s company, Overbrook Entertainment, and Sony.

The screenplay was written by Oscar-winning director Barry Jenkins and is a coming-of-age story about Mouse (Winston), a boy who wants to join the Midnight Clique, a notorious biker group in Baltimore.  Mill plays the crew’s leader.

The Philadelphia native is known for his love of dirt bike culture and has incorporated it into his rap career. In 2017, Mill pleaded guilty to reckless driving after he posted videos doing tricks on a dirt bike in New York City. He was later sentenced to two to four years for violating his probation, which stemmed from 2008 drugs and weapons charges.

Mill was released on bail in April. He is currently advocating for prison reform and attempting to appeal his case since the credibility of the arresting officer has been questioned.