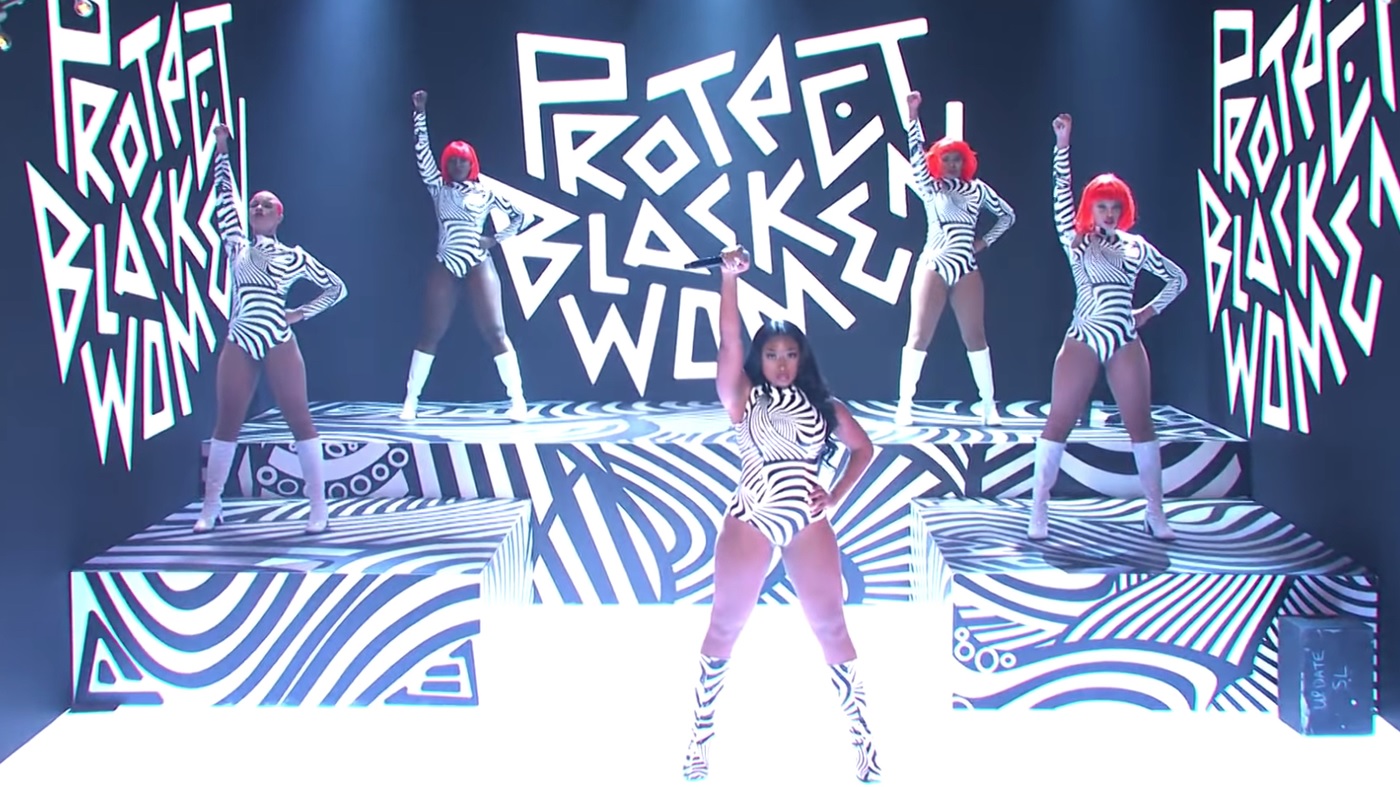 The singer was performing her hit song, “Savage,” on Saturday when she demanded respect for Black women and slammed Kentucky Attorney General Daniel Cameron for his lack of leadership in Breonna Taylor’s case.

Using background visuals during the performance, Megan echoed the words of activist Tamika Mallory, who recently bashed Cameron after he failed to directly indict the police officers involved in the killing of Taylor, as Blavity previously responded.

“Daniel Cameron is no different than the sellout negroes that sold our people into slavery,” Mallory said during the press conference last month.

Before amplifying Mallory’s message on the SNL stage, Megan played the iconic words of Malcom X.

The 25-year-old artist also proceeded with her own words to uplift Black women.

Megan continued with an ode for Black men.

Some imagined the look on Cameron’s face once he saw the performance.

As some people saw it, the “Savage” song was a fitting description of the performance.

It’s not clear if NBC was aware of Megan’s plan on the stage, but some people had fun imagining the look on the executives’ faces when the singer spoke out.

The performance gave some people a chance to reflect on the disappointment they have felt since Cameron took over as attorney general.

I was so proud when my state elected a black man as attorney general, and I thought he can really enact some changes. SMH… He’s too close to Mitch McConnell to have an independent thought.

When I saw that news conference and she called that asshole out I jumped up out of my chair and cheered so loud I could swear they all heard me.

Mallory spoke up after the verdict against Taylor, who was killed during a raid while sleeping in her Louisville home. The attorney general said two of the officers were “justified in their use of force after being fired upon” by Taylor’s boyfriend, Kenneth Walker.

“I want you to understand how wicked he is and how wicked this system is,” Mallory said during the press conference following the decision.

The activist, who is a co-founder of the Women’s March on Washington, added that Cameron is being used by the system to hurt his people.

After months of global protests to bring justice for the 26-year-old EMT, Mallory said advocates don’t plan on slowing down.

“We are not going home,” she said. “We will make sure that this city is as uncomfortable as it can be and we intend to travel across the state of Kentucky and make sure that in every corner of this state, they know who you are, Daniel Cameron, and who is upholding the system of white supremacy that continues to oppress our people.”