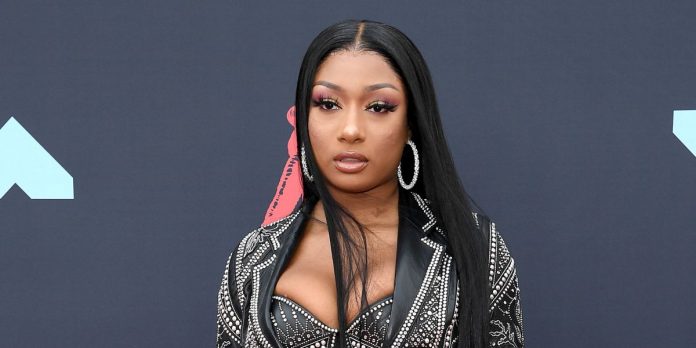 After a mugshot from her 2015 arrest recently surfaced online, Houston’s breakout rap star Megan Thee Stallion is clearing the air.

Meg took to Instagram Live on Tuesday (Feb. 11) where she explained her side of the story and detailed what happened that led to the now 5-year-old arrest. Speaking directly to her fans, Megan stated that she got into a public dispute with her boyfriend at the time.
As she explains it, Megan was at a concert with the aforementioned boyfriend at the SXSW festival when she found out that he’d cheated on her with another woman and fathered a child by her. Upset at the revelation, Megan tried to walk away to calm herself down. However, her boyfriend would not let her leave, she recollected. Megan stated that her boyfriend began “pulling and pushing” on her.

“It was fun at the time, but it was very toxic,” Megan described their relationship. “But I was young and I thought that toxic s**t was cute, but it’s not! Do not let a n***a put hands on you, and don’t put your hands on no n***a…I was really trying to keep the peace [and] trying to keep it player because we [were] in a public environment.”

Continuing her recountal, Megan said that the ex-boyfriend (who she also noted was 6 feet 9 inches tall) then snatched her phone, threw it on the ground and proceeded to stomp on it. Megan didn’t go into further detail about what happened next but it seems that’s when their argument turned physical. Afterward, onlookers witnessing the dispute called the police on them.

“It just so happened that when I was ready to give it to him, the m**herf**king police pulled up when I’m punching”, Megan recounted. “The police jumped out of the car…and now it looks like I’m the aggressor.”

The two continued to argue in front of the responding officers, who questioned both of them about the altercation. “I’m a real b**ch. The police officer asked me, ‘Did he hit you?’ I look rough, my weave to the side, my shirt jacked up [and] my pants dirty because he has been pushing me,” Megan recalled. “I say ‘No officer, he didn’t hit me’ because I didn’t want him to go to jail.”

According to Meg, her then-boyfriend didn’t return the favor. “The laws asked that n***a did I hit him. That n***a said ‘Yeah, she hit me in the eye…he [was] really gassing it,” Megan said. “B**ch, you gotta know they sent me straight to jail! Them h**s cuffed me, I ain’t never been cuffed in my life! I’m sitting on the side of the curb, thinking ‘Damn I’m finna go to jail.’”

Ultimately, Megan spent two days in jail before she was released. No charges were brought against her and the case was dismissed in April of 2016 after her boyfriend failed to show up in court, according to TMZ. However, Megan acknowledged that her story was a lesson learned. Upon the revelation, Hotties are praising Megan for recognizing and breaking off the toxic relationship.

When @theestallion said “ I USE to be in a beautiful toxic relationship,” I felt that s**t” one fan commented on Twitter.  “Moral of the story: don’t be a ride or die in that beautiful toxic relationship,” another opined. “Love how @theestallion talked about how much niggas get away with when THEYYY KNOWWW if u from the trenches like them,” a third highlighted. “U not telling police smfh but that loyalty has killed so (too) many women.”

Megan gives the backstory to her mugshot on Instagram live (via @makeabag) pic.twitter.com/ZQBtBIBIeC