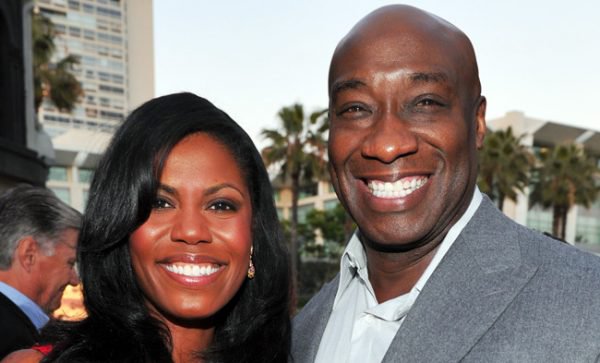 In the chapter “Shattered,” Omarosa writes about her relationship with “The Green Mile” star, who she claims proposed to her in secret months before the heart attack that eventually led to his untimely death.

According to uproxx.com, Duncan’s close friends and family are skeptical that he and Omarosa were in a committed relationship — much less engaged. They also accuse the reality TV star of exploiting the actor into changing his will and leaving nearly everything to her in his final days when he was not of sound mind, the report states.

Michael Clarke Duncan’s niece noted that Omarosa repeatedly brought up Duncan’s will “when he was sitting there in a coma” at the hospital. She also claims “The Apprentice” star wouldn’t let his family stay in his house.

“We were told that the house was locked up and nobody was allowed to go in. They sent me way out to a hotel by the airport, with no one to take me back and forth. So I was taking three buses to get back and forth to the hospital.”

“Why would you bring his family here in town and then not properly look after them?” She wondered. “It was just a lot of little weird things like that.”

Friends of Duncan’s maintain that he was about to break up with Omarosa before his death, and when it came to her so-called engagement ring, she could only produce a picture of it.

“At the hospital, it was brought up about her being engaged, and she showed my mother a picture of a ring that she had printed off from somewhere,” she recalled. “And she was saying that that was the ring he had given her. But she never showed my mother the actual ring. And then mysteriously after his death she started wearing a ring. But it was not the ring that she had shown my mother. It was a different ring.”

Judy Duncan confirmed this story, telling The Daily Beast, “In the hospital she tried to tell me, ‘We’re engaged, see here’s a picture of my ring.’ If you’re engaged, would you flash a picture? Or would you be flashing your hand?”

Omarosa has spoken openly in the past about members of Duncan’s family who she accused of “coming out of the woodwork” looking for money after his death.