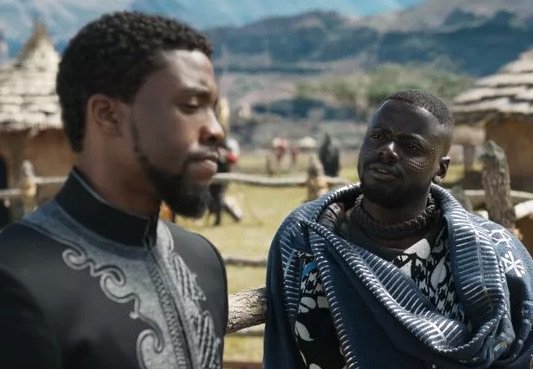 Just a month after Black Panther galvanized comic book fandom, while introducing moviegoers to Wakanda and simultaneously making a social statement, a conference has already been organized in its honor. Dubbed WakandaCon, the event is set to take place in Chicago this summer. Organizers are finalizing the dates and venue.“Marvel’s Black Panther has ushered in a new wave of thought about issues surrounding the African Diaspora and a new future for Black people around the world,” the event website reads. “The image of an African country with advanced technology and equality has inspired some of the world’s greatest thinkers and all of Black Twitter to create, think, and respond. WAKANDACON is a chance to take the conversation about Black Panther offline and into the real world.”

Toted as a “fan-driven, one-day celebration of Afro-Futurism, Tech, and Black superheroes in film, television, and comic books,” the event will take place in Chicago, IL this Summer and is inviting all citizens of Wakanda to join them for discussion, education, networking, and festivities.

While WakandaCon is not affiliated with or endorsed by Marvel, Marvel Studios, Walt Disney Studios Motion Pictures, or any of their partners or associated or affiliated organizations – one can’t help but hope that the stars of the film find out about this and agree to make an appearance.

If you’re interested in joining the festivities in Chitown, check out their webpage here.

Update: It appears another group which is a collaboration of Intelligent Mischief, Mobilize the Immigrant Vote, and Movement Strategy Center have also come together to do a WakandaCon!

It appears that both organizers are now attempting to touch base and see if they can join forces. We’ll keep you posted as more details emerge.