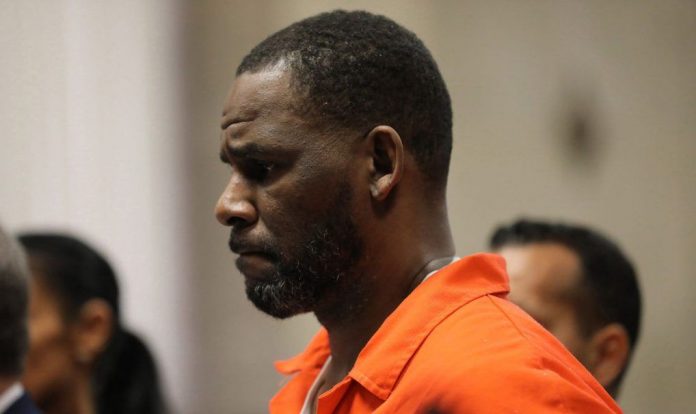 R. Kelly has lost his fight to be released from jail due to the coronavirus pandemic.

According to a court order first obtained by Bossip, the singer will have to remain behind bars after Judge Ann Donnelly denied his motion for bail. The judge concluded that he’s failed to show that he’s truly at risk for contracting coronavirus, and he remains a flight risk as well as a danger to witnesses in his sexual abuse trial.

Donnelly made the ruling on Tuesday despite some jails and prisons in certain states releasing inmates who are at high risk for complications or even death from COVID-19.

“While I am sympathetic to the defendant’s understandable anxiety about COVID-19, he has not established compelling reasons warranting his release,” Judge Donnelly explained in the order.

Judge Donnelly continued, “The defendant here has not demonstrated an analogous change in circumstances that would alter the Court’s conclusion that he is a flight risk and that he poses danger to the community, particularly to prospective witnesses.”

Kelly is currently incarcerated at the Metropolitan Correctional Center in Chicago and awaits trial for federal sex crime charges. He also faces charges in New York on forced labor, kidnapping, racketeering and sexual exploitation of a child. In August 2019, Kelly pleaded not guilty to the federal charges.

Kelly has been accused of physical, emotional and sexual abuse by various women, which was documented in the 2019 Lifetime special “Surviving R. Kelly” and its sequel, “Surviving R. Kelly – Part II: The Reckoning”, which premiered on Lifetime on January 2, 2020.

According to Bossip, Kelly’s legal team argue that his jail in Chicago is a “filthy breeding ground” for the coronavirus and the lack of cleaning and sanitary conditions inside the facility suggest that it’s only a matter of time before Kelly would become infected. Kelly’s team said that the current lockdown in the jail meant that the singer couldn’t meet with his lawyers to strategize for his defense for his trial, which is supposed to begin in July.

The federal authorities still wouldn’t adhere to Kelly’s pleas, however. They argued that soap was available for all inmates free of charge, and inmates and jail staff were being screened for the virus. They also mentioned that staff were attempting to keep inmates away from each other. The judge said there have yet to be confirmed cases of COVID-19 in the facility. Ultimately, authorities argued that Kelly was a habitual offender who has the network and resources to flee and intimidate witnesses.

Kelly joins a growing list of celebrities or musicians who are trying to be released from incarceration out of precaution from the coronavirus. Bill Cosby and his team have called for him to be placed on house arrest. Meanwhile, rapper YNW Melly has been pleading to be released from a Florida facility with his lawyer saying the 20-year-old is on “the verge of dying from COVID-19,” according to TMZ. Rapper Tekashi 6ix9ine is one name who’s successfully secured his release from prison and has already made a return to social media.