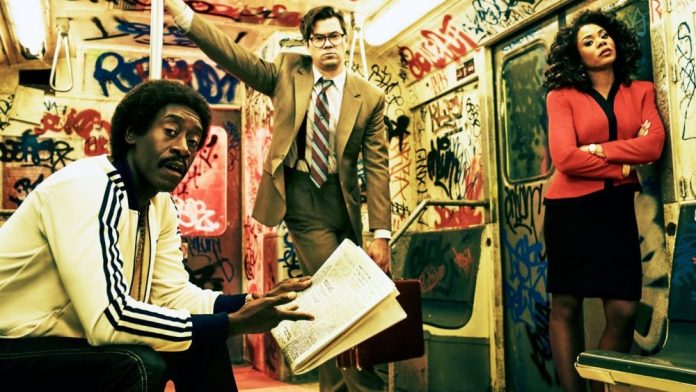 It’s been two years since Don Cheadle said goodbye to his critically-acclaimed Showtime series, House of Lies, but the veteran actor is back for a new adventure.

Early next year, he’ll team up with Regina Hall for Black Monday, a new drama on the cable network. Set in the 1980s, Black Monday centers on the worst crash in Wall Street history on October 19, 1987. It will try to uncover what really made the stock market spiral out of control.

“This is the story of how a group of outsiders took on the blue-blood, old-boys club of Wall Street and ended up crashing the world’s largest financial system, a Lamborghini limousine and the glass ceiling,” Showtime promises on its website.

Cheadle, will play Maurice Monroe, a “self-educated, self-made, self-destructive master of the universe whose firm the financial press called ‘the L.A. Raiders of corporate raiders.’”

The show was created by Jordan Cahan and David Caspe, and produced by Seth Rogen. In addition to Hall and Cheadle, who’s also an executive producer on the project, Black Monday also stars Andrew Rannells.

It premieres on Showtime in January 2019.