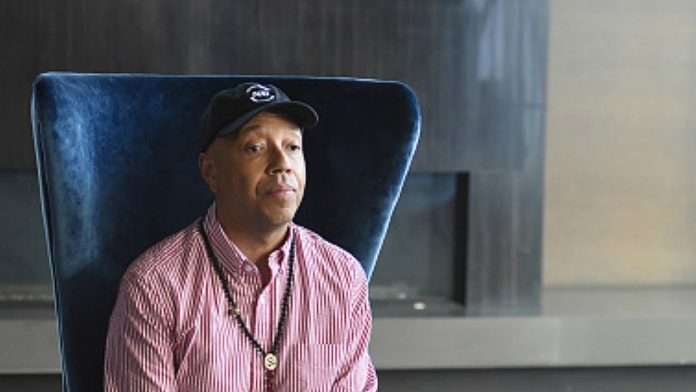 Legendary music producer Russell Simmons was one of the first high-profile men to feel the wrath of the #MeToo movement. The hip-hop mogul has since been accused of sexual misconduct by 16 women.

Now the Def Jam Recordings co-founder, Def Comedy Jam creator and Rush Communications CEO is taking legal action against one of his accusers with a court filing on Wednesday, alleging the woman sent him love messages and unsolicited nude photos both before and after the dates she claims the assaults took place.

The 60-year-old said aspiring filmmaker Jennifer Jarosik, 37, who came forward in January alleging he raped her, once in 2011 and again in 2016, sent him nudes and romantic texts after both of the alleged attacks, according to claims in court documents, obtained by TMZ.

Days before the alleged August 2016 rape, the woman apparently wrote to him: ‘love to c u soon’ and ‘I emailed u love’ when she did not receive a reply back right away.

A few weeks after the alleged second attack, he claims she wrote to him: ‘I miss you Russell… are you OK?’ and ‘Sending love,’ as well as ‘Coming to 1 a. I want to see u OK’, according to the documents. Simmons said he ignored the messages.

Simmons has denied all of the charges against him and even issued a written statement to the New York Times. At the time the Queens, New York native defended himself against rape allegations from three women, stating:

“I vehemently deny all these allegations. These horrific accusations have shocked me to my core and all of my relations have been consensual. I am blessed to have shared extraordinary relationships, whether through work or love, with many great women; and I have enormous respect for the women’s movement worldwide and their struggle for respect, dignity, equality and power. I am devastated by any reason I may have given to anyone to say or think of me in the ways that are currently being described.”

He said, she said

According to news reports, Jarosik, filed a $5 million civil lawsuit against Simmons in January, claiming he “got aggressive” and sexually assaulted her after inviting her to his home in 2016.

Her version of the incident is that when she arrived, Simmons asked her “to have sex, whereupon she responded ‘no,’” according to the lawsuit. The two then got into a struggle and Jarosik said she eventually fell to the floor and hit her head, the lawsuit said.

The lawsuit then claims Simmons “pounced on her while she was still in shock and fear, and proceeded to rape her.”

ABC News cites Simmons disputed those claims in his legal rebuttal on Wednesday, saying they met in 2006 and maintained a “casual acquaintance” over the years.

“On the occasions when Ms. Jarosik and Mr. Simmons had sex, it was with Ms. Jarosik’s full consent,” according to court filing. “In the wake of the #MeToo movement, Ms. Jarosik alleged that Mr. Simmons raped her, but in exchange for funding her film project, she would help him restore his ‘image’ with women.”

Simmons, who said Jarosik would often ask for his assistance with her “nascent entertainment projects including a documentary, reality television shows and children’s books,” also presented text messages and emails allegedly sent from Jarosik, according to the rebuttal.

Meanwhile, another woman, referred to as Jane Doe to protect her identity, is suing Simmons for $10 million. ABC News reports that Simmons is accused of sexually assaulting the woman in a hotel room and threatening to hurt her son if she didn’t comply.

Despite his denials of sexual misconduct, in November Simmons announced that he was stepping away from his companies to “commit myself to continuing my personal growth, spiritual learning and above all to listening.”