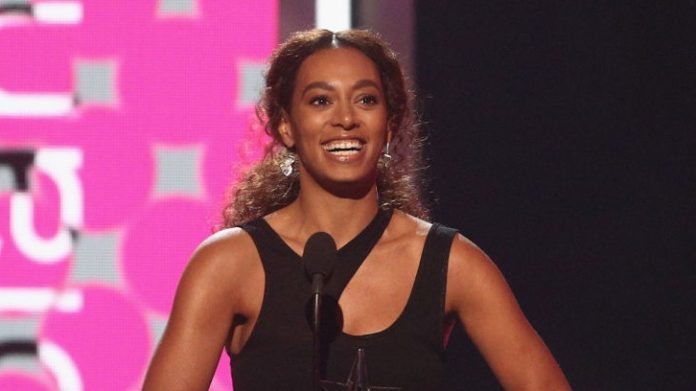 Solange has just announced a benefit show in September, with proceeds set to go toward aid and relief for victims of Hurricane Harvey.

“I’m committed to partnering with organizations on the ground in Houston and making contributions to uplift the city that raised me with so much love,” she wrote in a statement on Instagram.

I will be doing a special "Orions Rise" show in Boston, and ALL proceeds will go towards Hurricane Harvey Relief. I'm committed to partnering with organizations on the ground in Houston and making contributions to uplift the city that raised me with so much love. See you September 28th Boston, I thank you in advance for making this a special meaningful night !

The show will take place on September 28 at Boston’s Orpheum Theatre, and Solange will be joined by the Sun Ra Arkestra for a performance called “Orion’s Rise.”

Solange is just the latest in a string of celebrities that have announced their efforts toward helping to raise money and relief for the victims of Hurricane Harvey.

Harvey, which was downgraded to a tropical storm just before it hit Houston, has caused devastating damage in Texas and Louisiana since making landfall. Tens of thousands of people have been displaced after Harvey dumped a historic amount of rainfall in its wake.

If you want to donate to the Red Cross’ Hurricane Harvey relief fund, you can click here. You can also donate to the Coalition for the Homeless, Houston Food Bank, Houston SPCA, Salvation Army and Save the Children, all of whom are working to provide aid and relief to the victims of Harvey’s devastation.