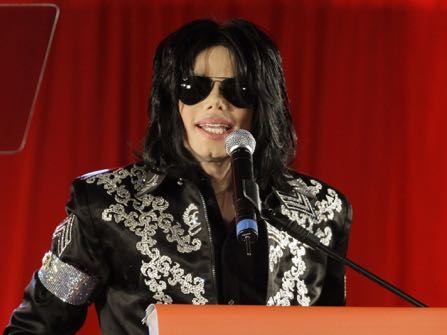 The veracity of songs released on the posthumous Michael Jackson album, “Michael” are going to be decided on in court Tuesday after Sony Music Entertainment was accused by a fan of releasing tracks that were not really Jackson’s.

A civil suit that MJ follower Vera Servoa filed four years ago alleges songs from the 2010 album were sung by an impersonator. The songs supposedly include “Breaking News,” “Monster” and “Keep Your Head Up.” Servoa pointed the finger at longtime Jackson pal Eddie Cascio and his production company, Angelikson Productions LLC, saying they recorded the supposed faux MJ music and sold it through the late performer’s estate and Sony Music Entertainment. Also implicated in the case was James Porte, who purportedly co-wrote twelve songs, including the three previously mentioned.

Jackson author Damien Sheilds said that in late 2017, Zia Modabber, attorney for Sony and the estate, finally conceded to the fact that the songs may not be genuine. But the lawyer said that Sony and the estate believed what Cascio and Porte had told them — that “Michael Jackson did not provide the lead vocals” — without looking into it on their own.

“What is problematic is that you are ripping people off under your admitted facts,” she said. “I think what he is saying here is. ‘We were as duped as the Plaintiffs… We didn’t know you guys were recording stuff in a basement that wasn’t recorded by Michael. You told us it was Michael. We believed it was Michael. And if there is a bad guy here, who was engaging in false commercial speech, it’s not us.’”

This comes after Cascio had claimed the tracks were recorded in 2007 in his New Jersey studio, but there was no evidence to support that.

Hip Hop and More reported on Thursday, Aug. 23 that Sony and the estate’s attorneys appealed Jones’ ruling and that two days earlier Sony had conceded that the three songs were not performed by Jackson but by an impersonator.

However, Sony says there has been no admission by the label that Jackson didn’t sing the tunes.

“No one has conceded that Michael Jackson did not sing on the songs,” Modabber said in a statement obtained by Vibe. “The hearing Tuesday was about whether the First Amendment protects Sony Music and the Estate and there has been no ruling on the issue of whose voice is on the recordings.”