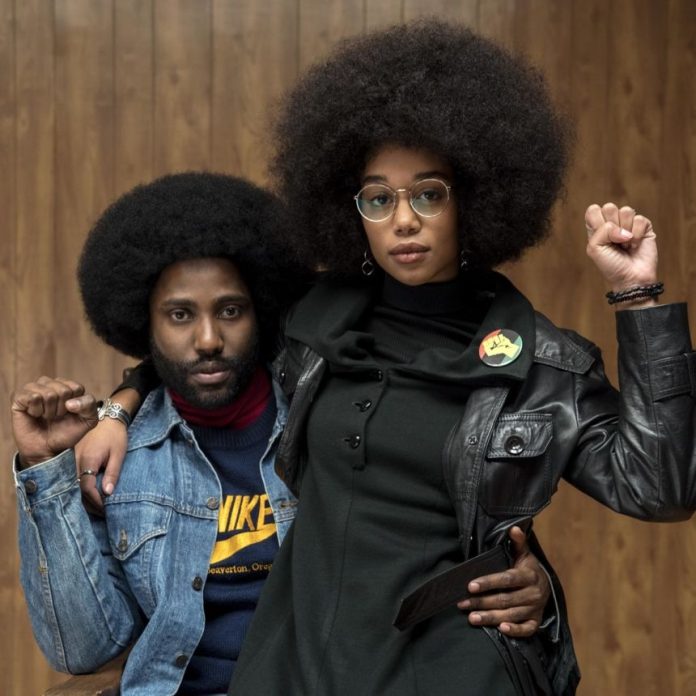 While racism is not something that can be understood by a 120-minute film, director Spike Lee never stops trying. His latest attempt, “BlackKkKlansman” is a modern configuration of racism based on a true story.

In the film, the grand wizard of the KKK, David Duke (played by Topher Grace) forges a relationship with Ron Stallworth (John Paul Washington) from a series of phone calls that solidify their friendship, and eventually the undercover detective’s membership into the KKK.

Unbeknown to the leader of the terrorist organization, Stallworth is a Black detective investigating rumors of a “race war” the KKK was planning.

In a time of political and socio-economic strife, the timing for Lee’s film is perfect. Aside from the fact that the movie debuts on the one-year anniversary of the Charlottesville riot, it also helps illuminate a part of America’s racist past, which is still playing out.

Uncomfortable to watch at times, “BlackKkKlansman” explores what it meant to be Black and conscious in the decades immediately preceding the Civil Rights Movement.

Here, Lee talks about the movie, which hits theaters Aug. 10.

Defender: You weren’t originally involved with “BlacKkKlansman.” You inherited the project from Jordan Peele, who specifically thought this was a project you would be perfect for.

Spike Lee:They acquired Ron Stallworth’s book and felt it needed more flava. And that’s what I brought. I was grateful for the opportunity because I had never heard of Stallworth. I didn’t know his story. People say, “That is too unbelievable to be true.” And that’s what makes it such a great story. My writing partner, Kevin Willmott, and I set out to make the film our own.

There are plenty of my signature touches: the music; the dolly shots; the political banter and sports talk; historical footage and knowing cameos (most notably, Harry Belafonte as a speaker who relays the true story of Jesse Washington, a Black man who was lynched in Texas in 1916 after being accused of the rape and murder of a white woman).

Defender: Some audiences may find some of your themes too over the top. But this isn’t just about white nationalism. It’s also about white silence.

Lee: It’s perfectly in keeping with the times we live in. We’re living in pure, undiluted insanity. Families are being stripped apart, kids put in cages, that’s going back to our ancestors being broken up and sold. That’s the world we live in. We were just trying to tell truth to power. You know. It had to be a period piece that also comments on what is happening today with this guy in the White House. The whole thing with [NFL players and] the anthem, building the wall, “Mexicans are rapists”… it’s just crazy. “The Year of Living Dangerously,” that’s where we are.

Defender: You were obviously aware that the film’s success depended on audiences not simply seeing Stallworth’s story as a history lesson, but it seems as if you wanted to make sure you updated it.

Lee:Right, which is why images from the deadly white nationalist rally in Charlottesville, Va., in 2017, end the movie. We were in preproduction when Charlottesville happened. I was watching TV, my brother Anderson Cooper, “Agent Orange” (his nickname for President Trump), the Klan, the alt right, David Duke. They wrote the ending. That is nothing more than a terrorist act. Home-grown, apple