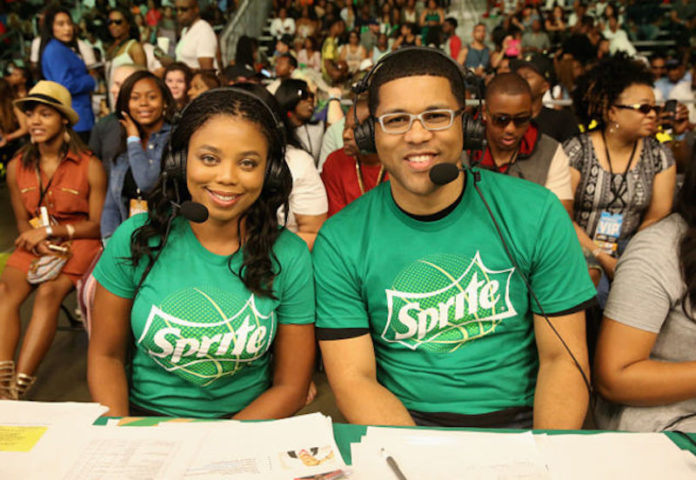 Our favorite sportscasters have done it for the culture.

Jemele Hill and Michael Smith, hosts of the first hour of ESPN’s SportsCenter, on Friday opened their show with a remake of the intro of the the Cosby Show spinoff, A Different World.

Hill and Smith, co-hosts of SC6, were almost unrecognizable as they perfectly blended into the spoof, which remade the opening of the show set at the fictitious HBCU, Hillman.

The work was incredible in that the video looked all new—with cameos from ESPN mainstays Cari Champion, Kevin Neghandi, Hannah Storm, Kevin Scott and Elle Duncan—but then Dawnn Lewis’ Jaleessa and Sinbad’s Coach Walter showed up. And then Darryl M. Bell (“Ron”) and Glynn Turman (“Colonel Taylor”) hit the set.

Hill showed the video on her Facebook page and Smith debuted it on Twitter with the “mic drop” icon on Friday night.

We be so creative.