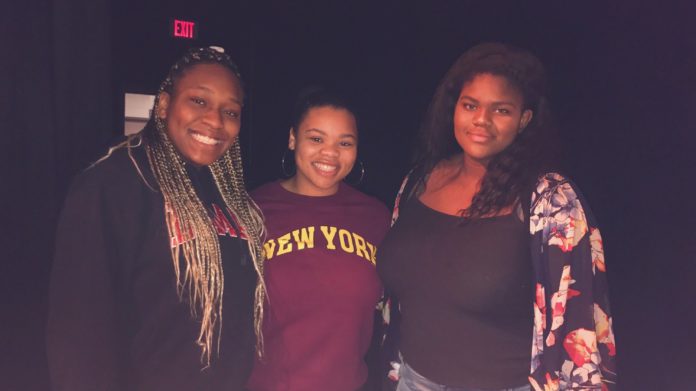 Anyone watching the news knows today’s youth will not be silenced. From tackling gun violence, to speaking out against bullying and discrimination, more and more young people are speaking their truths.

Now, three local teens are joining the campaign to let their voices be heard.

“Hear Me” is the idea of Mya Billingsley, Amaya Coleman, and Autumn Horn who wanted to create a youth empowerment-driven production for their senior project at Ridge Point High School.

The three young women attended several of The T.R.U.T.H. (Telling Real Unapologetic Truth through Healing) Project installments where they experienced the arts being used to raise awareness about mental illness; initiate healing and inspire hope following Hurricane Harvey; and to educate the community about HIV treatment and prevention during World AIDS Day.

“I was moved by how The T.R.U.T.H. Project used social art to heal, and thought what better way to use that platform to let the world hear about issues affecting young people today, issues that many people don’t want to talk about, but must be addressed,” said Billingsley.

“Awareness and education is extremely important to us,” added Coleman. “We feel obligated to help spread a message of love and positivity among all people in a world so full of hate.”

The founder of The T.R.U.T.H. Project, Kevin Anderson, was approached by Coleman about the concept of using the project to put on a showcase of monologues, dance and poetry that could be used as a healing space that creates transformative art.

“Although there has been change, the young voice is still victim to not being heard,” Anderson said. “Because of stigma and a lack of safe spaces, the voice often remains silent. This is an opportunity for this group of young people to know that they will be heard and dialogue toward understanding will follow.”