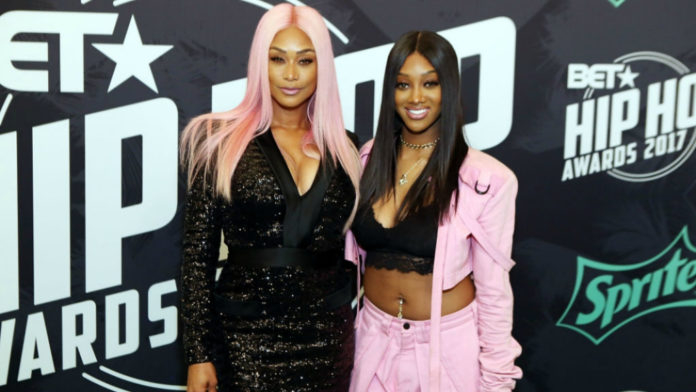 Today, when someone says that name Tami Roman, many think of “Bonnet Chronicles,” a series of videos where Roman, clad in her bonnet, pontificates on the state of the world and occasionally drops some spiritual gems.

But for other people, the name invokes scenes of her puffing on a cigarette, moments before lunging at Evelyn Lozada during the non-muthaf*cking factor discussion. They see her as belligerent, always ready to fight, uncouth.

And despite her decision to return to “Basketball Wives,” Roman, in a sit down with Pastor John Gray, shed tears as she spoke about ridding herself of these associations for the sake of her children.

“I’m unhappy because people just see me as one way. And that’s not to say that’s not who I am but that’s not only me.”

Gray: So that’s not the sum total of you.

Gray: But Tami if this is not how you want to be portrayed then why keep doing the show?

Roman: I don’t want to not be able to provide for my children. But now when I try to go out and have other opportunities and other revenue streams, people don’t want that girl associated with their projects.

And then it hurts my daughters that people think of me a certain way. My daughter Jazz does music.  It took us forever to get her signed because she’s my kid. It’s always a challenge but I don’t know how to make it better.

Gray: Tami, you’re a public consumable. People wait for you to respond to your triggers and your triggers have created an economy.

When she spoke to Aventer, John Gray’s wife, Roman said she was dreading participating in the new season, confirming exactly what John said.

“I’m successful at being the bad guy… I do a show with a lot of women who aren’t as necessarily supportive and empowering as I would like them to be. When people come into my space, challenging me, it really works me. It really sends me to the moon and sometimes I just don’t come back from it. And it’s wearing down on me emotionally.”

Roman says she realizes that she’s not the only person who has to work with people they don’t like, so she’s seeking advice on how to manage her feelings in her work environment because the perception people have of her because of the way she’s behaved on the show is limiting her.

Check out the clips below.

You can watch this episode of “The Book of John Gray,” on March 17th on OWN at 10PM ET/PT.