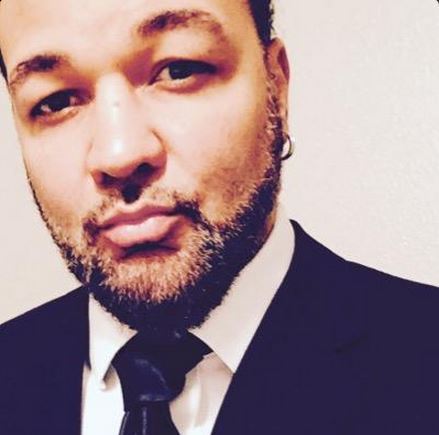 Toni Braxton’s ex-husband, Keri Lewis, is responding to the singer’s tea spilling session on “Red Table Talk” regarding their marriage and divorce.

During her candid conversation with host Jada Pinkett Smith, Braxton, who is now engaged to Birdman, revealed that there was a time she was angry about having to pay her ex alimony.

“I went through this phase of, ‘oooh, men are the new b*tches!’ That’s how I felt. That’s what I was so angry about,” she said.

She also believes their breakup was over money and her lupus diagnosis.

“I felt shallow because my ex-husband and I broke up for money issues…I found out I had lupus at the time, I couldn’t make money because I had lupus, I had to cancel the show. That was my personal contribution to the marriage failing, because who wants to take care of a person who’s sick all the time? I remember a few times being in the hospital ill and he would come later in the day and I would think, he’s not coming because I’m sick,” she explained.

“I never talked to my ex husband about it, I probably should have, but if I’m going to be completely honest, money was just the decoration on the tree. The tree itself was I felt because I was sick, he left.”

Lewis didn’t take too kindly to her words and shared his side of the story on social media Monday. The Mint Condition founder tied the knot with Braxton in 2001 and divorced 12 years later.

In light of my ex-wife’s @ToniBraxton comments on @RedTableTalk regarding our ‘divorce; men receiving alimony from women’… I feel the need to address and shed light on the matter, as the impression is being made that I came for her finances and/or wasn’t there for Toni.

Let me start by saying that I really loved Toni!… Anyone who was around during the time of our marriage would attest to that. In addition, when she became ill, I did everything I could to take care of her, and we tried for a long time to put things back together, but in the end, we could not.

To give insight on the alimony payments, Toni’s attorneys suggested she have a prenuptial agreement put in place prior to our wedding, and they drafted one as they saw fit. Because of my love for her and being optimistic of marriage lasting forever, I didn’t feel the need to have an attorney, as I wasn’t going to contest anything in the prenup. Fast-forward to 2012 after separating, I moved out and at some point later, Toni mentioned to me that the payments set in the prenup would start being deposited into my account. I received alimony for around 3 years between 2012 and 2014.

Now, intentionally or not, Toni’s comments have left people with the feeling that we had some sort of legal battle that resulted in her having to pay alimony, and therefore share the likes of @halleberry, @therealmaryjblige, and @britneyspears. With all due respect, I don’t see our situation in the same light. I didn’t even use an attorney in our divorce (I also don’t recommend that to anyone). In addition, while I often did not agree with the creative liberties that were taken in representing our relationship (Toni’s Book, Lifetime movie, Braxton Family Values, RedTableTalk), we are raising two sons and it can NEVER be to the degree of her referencing ME as a b–ch.. that’s a problem!. I’m definitely open for the discussion on women paying alimony to men, and vice versa, as I do have mixed feelings about it, and at the end of the day, every situation is different.

As for @RedTableTalk, Congratulations @JadaPinkettSmith. The show is INCREDIBLE, and the conversations are needed!!