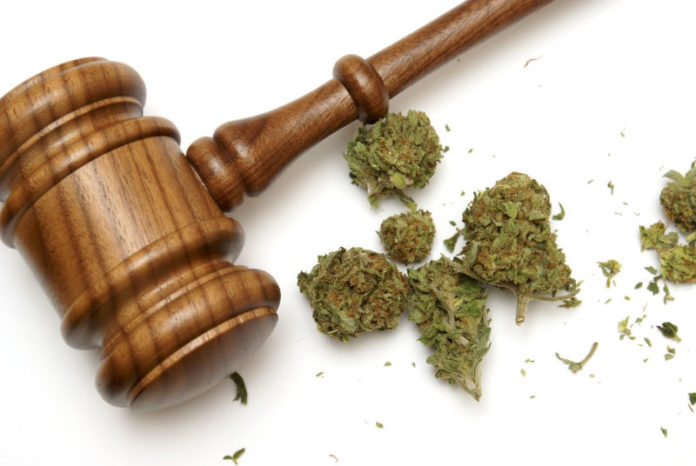 Take a deep breath. Can you smell the weed smoke billowing in from Colorado and California? Have you read about the citizens of Maine and Massachusetts who turned into zombies from puffing blunts all day? Have you seen the news reports about the scores of people in Oregon and Nevada who overdosed on marijuana? No. Because, nope, none of that happened.

As of 2017, 28 states have passed laws legalizing marijuana in some form. While a majority of states now allow the possession and use of cannabis for medical purposes, eight states (plus Washington, D.C.) have fully legalized the use and possession of marijuana. According to the Pew Research Center, a majority of Americans (59 percent) believe that marijuana should be legal, including an identical percentage of blacks.

So why are so many states still holding out on medical-marijuana reform? You guessed it: conservative Republicans.

Sixty-two percent of people who identify as conservative Republicans believe that weed should be illegal, while 55 percent of all Republicans support cannabis prohibition. As with all things Republican, they choose to ignore the racial dynamics of their policies and how they affect people of color. Marijuana legalization is not just a political or legislative issue; it is also about race. It is intertwined with almost every issue facing African Americans and should be front and center on black America’s agenda.

To be clear, no one is advocating smoking pot just for the hell of it. There are people who believe that ganja is the cure for cancer, the pathway to God, a psychotherapeutic remedy, the solution for the Middle East conflict and the perfect after-dinner mint. This is just a plea to end its unnecessary prohibition. Even if you don’t partake, here are the top 10 reasons black people should support marijuana legalization:

1. Marijuana prohibition was always racist. During alcohol prohibition in the 1920s, marijuana became the drug of choice, especially in the early jazz clubs, where black and white citizens commingled. Then came Henry Anslinger, the head of the Federal Bureau of Narcotics (which would eventually become the Drug Enforcement Agency). In the 1930s, Anslinger used racism to promote the first ban on marijuana, writing, “Reefer makes darkies think they’re as good as white men,” and most famously:

There are 100,000 total marijuana smokers in the U.S., and most are Negroes, Hispanics, Filipinos and entertainers. Their Satanic music, jazz and swing result from marijuana use. This marijuana causes white women to seek sexual relations with Negroes, entertainers and any others.

The Nixon campaign in 1968, and the Nixon White House after that, had two enemies: the antiwar left and black people. You understand what I’m saying? We knew we couldn’t make it illegal to be either against the war or black, but by getting the public to associate the hippies with marijuana and blacks with heroin. And then criminalizing both heavily, we could disrupt those communities. We could arrest their leaders. raid their homes, break up their meetings, and vilify them night after night on the evening news. Did we know we were lying about the drugs? Of course we did.

2. We could use that money. Because the black unemployment rate is usually twice the rate for whites. Because—even when the income level and tax base is the same—the more black students a school has, the less funding it will receive. Think about what a company with $1 billion in revenue could do for employment. Imagine what an extra $200 million could do for school funding, scholarships and community programs, not to mention the exorbitant amounts of money communities spend enforcing, prosecuting and incarcerating people for weed.

3. Fewer black people will end up in jail. Blacks use marijuana at about the same rates as whites but are 3.73 times more likely to be arrested for marijuana, according to the American Civil Liberties Union. These charts tell the story of the disparity among weed arrests: 4. Police will kill fewer black people … we hope. Police are more likely to use force against African Americans because they are more likely to stop or detain them. Maybe it’s time to take marijuana off the table, simply because it unnecessarily puts people of color in danger. Take the case of Chad Roberson, who tried to flee police because he had a small amount of marijuana in his pocket, and they shot him in the back. Twenty-four-year-old Deaundre Phillipsended up dead after an encounter with a plainclothes cop who said he smelled marijuana coming from the car. Pot is often a contributing factor to police brutality because it gives officers the freedom to detain and arrest, and search people based on nothing but suspicion. Speaking of stop and frisk …