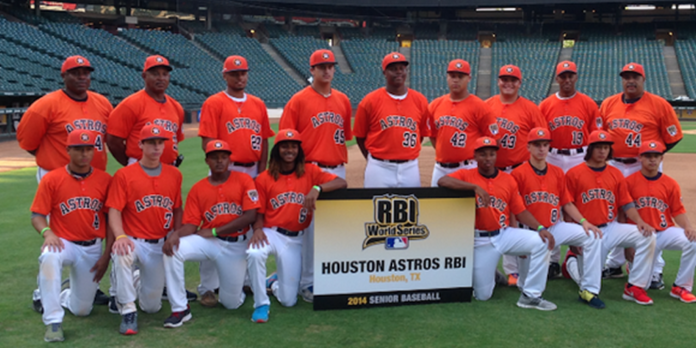 The Houston Astros Reviving Baseball in the Inner City (RBI) girls/boys team sponsored by the Astros is headed to the World Series after defeating the New Orleans RBI team this afternoon.

“They have persevered against some tough competition and now get to enjoy the fun of playing in the big game again. I wish them the best of luck and I am confident they will bring the trophy home to Houston. You’ve got this!”

The Houston Astros RBI is a free summer baseball and softball league for boys and girls ages 13-18. The league has three divisions for different age groups.

They train at the Astros Urban Youth Academy, which Mayor Turner helped found at the northwest Houston park that bears his name. The team lost the World Series to Cleveland in 2015.