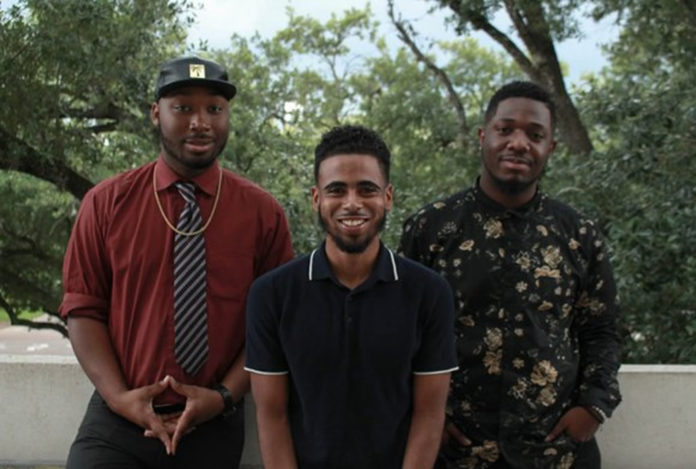 Three HBCU scholars used modern-day tools to explain what the Black Lives Matter movement meant to them in a National Newspaper Publishers Association (NNPA) sponsored competition that challenged them to think outside of the box.

The competition titled Black Press #GenNext was held at Texas Southern University (TSU) and was the kickoff to NNPA’s 76th Annual Convention held in Houston.

The deadline-driven competition required participants to arm themselves with selfie sticks and smartphones to create two-minute videos on one of the following trending topics: Why is the Black Press relevant in 2016? What’s your experience being Black in America? And, what does the Black Lives Matter movement mean to you?

The three winners of the competition, faced with a 5 p.m. deadline, chose to produce their videos on the Black Lives Matter movement.

Wesley Harris III, a senior broadcast journalism major at of TSU; Andre Burrell, a senior radio, television, film major at TSU; and Quinton Allen, a junior mass communication major at Prairie View A&M University, used innovation and intellect to explain what the Black Lives Matter movement is and is not.

“The Black Lives Matter movement is about all lives,” said Harris, who won first place and $200. “I wanted my project to bring clarity and deeper understanding of the movement.”\

“Black lives matter because they are lives,” Freeman said with conviction and passion in Harris’ one-minute and 49-second video.

“It’s time to just stop saying and start doing,” said Burrell in a sharp, melodic tone with a #GenNext and Black Press backdrop in his one-minute and 52-second video.

Allen’s video project called for a new spirit of unity among African-American millennials and the broader community.

“We have to push through all the adversities that we have to go through,” said Allen, who won third place and $50. “As a Black community, we tend to not be united, we tend to not be one. You know what they say: ‘Together we stand, divided we fall.’ ”

In a stylish black and white video, Allen said the Black Lives Matter movement has forced #GenNext to ponder what really matters.

Harris, Burrell and Allen were grateful that NNPA gave them a platform to express their thoughts on issues that matter to #GenNext.

“[The Black Press] reminds me of the Harlem Renaissance, when you had people like Langston Hughes writing poetry, telling the stories of Black people from their perspective,” said Harris. “It gives us a voice and that’s something that we don’t have in the United States of America.”

Other sponsors of the #GenNext workshop included TSU, Enterprise Car Rental, 97.9 The